This shouldn’t pose a problem to many, but it was enjoyable, short as it was. A 1*/3* for difficulty/enjoyment. Thanks to Jay.

{IMPALE} : [an alcoholic drink made by fermenting a cereal] placed after(given to, in an across clue) [Roman numeral for “one”] [abbrev. for a politician in the House].

5a    Approaches after work, dismissing fine for disputes (8)

{SHARP PRACTICE} : [keen;with a fine cutting edge, like a razor, say] + [the ‘business’ of doctors – or each doctor].

{LACERATE} : [a charge;cost of a service, usually per unit] placed after(by, in an across clue) [letter representing £] [in a deck of cards, the one with 1 pip]. 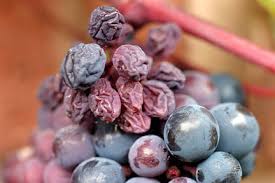 {DOSSIERS} : [homeless tramps sleeping in any convenient place] containing(across) the 1st letter of(the west of, in an across clue) “Ireland”.

Defn: … containing detailed information about a particular person or subject.

{PARSON} : [a criminal offence, putting something to the torch] placed after(on, in an across clue) [abbrev. for the musical direction to play quietly].

21a    Date with title holder is a depressing experience (6)

23a    Sweet from Italy carried by public transport is acceptable (8)

Defn: A dessert, originating from Italy, too.

And where does all that dessert go to?

{STANDING ORDER} : [reputation;status in society] plus(and) [one of the groups in the classification of biological forms].

Defn: … for an instruction from the client to the bank.

{AMNESIAC} : [suffix for the hours before noon] + anagram of(working) IN CASE.

Defn: … not only in the morning but at other times too.

Defn: What a mother (or any woman) might use to cover some sort of eye injury. A WIWD (wordplay intertwined with definition) clue, though I’m not sure how good a cover-up it might be, but I’ll leave that to the ladies.

3d    Conscious of a revolutionary green source of energy (5)

Defn: What the public walks on along the seafront.

The doer done…. but not along this walk, where the most exciting thing you might see is a ship up close :

{WARDENS} : [a famous example of which is Kew in London] with [abbrev. for “women”] replacing(gets … to replace) its 1st letter(head).

{ACCRA} : [abbrev. for “credit”, say, in accounting] contained in(squeezed by) { [an indefinite article, like “an”] + [abbrev. for an accountant who has passed the professional exams of one of the Institutes] }.

Defn: … city in Africa, which is her hometown:

Answer:  He does it again and again (great lyrics and performance):

Answer:  The first things to be noticed… or maybe not. 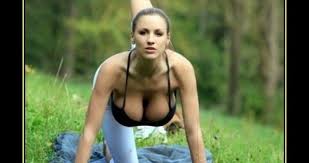 {REPERTORY} : “role” minus its 2 inner letters(Vacant) + [for each one, expressing, say, a unit rate] + [short for a political right-winger in the UK – not extreme right of course].

Defn: The sort of theatre (the building or the presentations collectively) where a resident company performs several works regularly or in alternation.

{OPOSSUM} : { [abbrev. for a seaman – not AB] + [a basic mathematical problem, not one you should have any problem with] } placed below(after, in a down clue) [abbrev. for a musical composition;work].

{SATANIC} : Anagram of(converted) A SAINT + [letter represented by “Charlie” in the phonetic alphabet].

{RADII} : [to broadcast over the air] minus its last letter(without finishing) + [Roman numeral for “one”].

Both out of the pool, but she isn’t showing her golds: 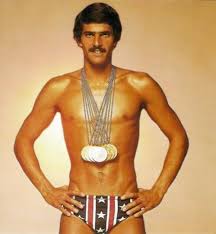