A slightly harder Wednesday puzzle, with a couple of clues holding me up a while in the NE corner.  So, a slightly less than 2* for difficulty/3* for enjoyment.  Thanks to Jay.

{ARMCHAIR} : A + [abbrev. for a member of the British marine corps and amphibious infantry] + [a professor’s position at a university].

Defn: … and away from the actual place of action.

Marines out of uniform, almost (and no professors amongst them): 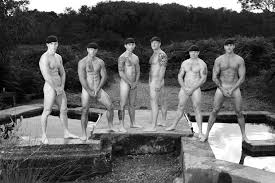 Defn: What the lad Twist was.

10a    What a politician may do at elections for bread and butter? (8)

{DOORSTEP} : Double defn: 1st: To canvass house-to-house; and 2nd: A thick slice of bread, maybe buttered as well.  The surface could also indicate that this is something politicians do to secure their means of support.

13a    Think about soldiers returning on Atlantic Ocean (6)

{PONDER} : Reversal of(returning) [abbrev. for the engineering branch of the British Army] placed after(on, in an across clue) [the nickname for the Atlantic Ocean].

…and strong women too:

{NURSERY SCHOOL} : [a place for buying plants, etc. for the garden] plus(with) [the collective noun for fish].

{LET RIP} : [French for “the”, since the event in is France] + [a tour – in English, any tour, not necessarily the competitive cycling event].

22a    Reaction of revolutionary press on right of refugee (8)

{SUPPOSED} : [sat, as models for paintings and photographs have done] placed after(by, in an across clue) [to drink by swallowing a little at a time]. 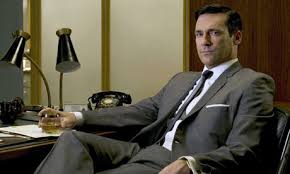 Defn: An imaginary circular line on the earth’s surface.

{ATTEND} : [to finish] placed after(after, in an across clue) { A + “taunt” minus all its inner letters(heartless …).

{AT ONCE} : [agreed;united in action, understanding, etc.] containing(about) [abbrev. for “cold”].

{TOP-DRAWER} : [to do better than;to surpass] + [an artist, though one might object if you called him/her this].

{IN ALL LIKELIHOOD} : Anagram of(Struggling) OIK HELD IN OIL containing(covering) [everybody].

{CARBON FOOTPRINT} : [a copy;a duplicate derived from the treated paper used] plus(and) [unit measure of length] + [a photograph;a picture transferred to paper or a similar surface].

Answer: A measure of the total amount of carbon dioxide and methane emissions by an activity, system, or population concerned.

7d    Behaved abysmally chasing them every day at first (5)

{ACTED} : The 1st letters, respectively, of(… at first) “abysmally chasing them every day”

{REPHRASE} : To rearrange the delivery of the spoken word, or to put it another way.

{FISHEYE} : { [abbrev. for “energy” in physics] contained in(invested in) [dubious;suspicious, and with a smell, figuratively] } + [abbrev. for “English”].

Defn: … especially on the face or head.

{EGLANTINE} : [say;abbrev. for “for example”, from Latin] placed before(in front of, in an across clue) { [a social insect, one of whose caste is the worker] contained in(in) [a queue;a file] }.

{UNCLE SAM} : [blood relations of your parents’ generation] + [abbrev. suffix for the hours before noon].

… and in the land of equal opportunity:

{DEVOID} : [an empty space] placed below(south of, in a down clue) the 1st and last letters of(…’s borders) “Dundee”.

There is Greek cheese in this salad: