A straightforward one from Jay. A bit short of 1.5* for difficulty, with a 3* for enjoyment (short as it was). Thanks Jay.

Defn: Abbreviation for an English county – and where they bred a certain kind of mean dogs, naturally named after the county.

4a    Vulnerable zone wiped out after removing leader (4,4)

Defn: Describing a king with his authority usurped.

{TULIP} : [insolence;cheek, or thereabouts, physically] placed after(by, in an across clue) [abbrev. for “trade union”].

Defn: … of the flowering kind – you never know where they’ll pop up next.

Defn: … usually found in the gut.

20a    Trouble since accommodating King George (5)

{AGGRO} : [since;of a time past] containing(accommodating) [abbrev. for the Latin for King George].

Defn: Slang and short form for [trouble that someone causes you, ranging from irritation to violence].

Defn: Person or things that could, but not necessarily, be from Bangladesh. They could also be from a part of eastern India, adjacent to Bangladesh.

{OILED} : [the letter resembling a ring] + reversal of(on the way back) [short for a shop selling ready-to-eat food, especially imported ones].

Defn: Slang for being drunk after consuming lots of alcohol – or, in the literal sense:

Defn: To put through a coarse sieve.

Defn: …, but not of the monetary kind.

{ARTLESS} : Cockney pronunciation for [with no feelings;devoid of compassion].

{INDISCRIMINATE} : { [abbrev. for “daughter”] + IS } contained in(put in) [to frame;to implicate, something you might do to yourself if you don’t keep your mouth shut].

{NEPHEW} : “niece” minus its inner letters(loses heart) + [an expression of relief, eg. after a close call].

17d    Hide from onset of this during terrible soaking (8)

Answer: The group of wormlike organisms, of which a leech is an example.

{GRENADA} : Anagram of(planned) REAGAN containing(to seize) [abbrev. for the suit of diamonds in card games]. The USA under Reagan did seize the whole island, militarily. 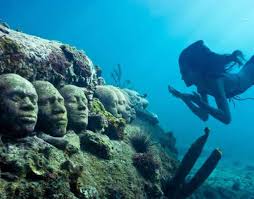 {ABSORB} : [abbrev. for an able-bodied seaman;a sailor]‘S + [a term for the earth;the world, from its spherical shape].