{STAR-STRUCK} : Reversal of(returning) [a deserter, its kind said to be the first to leave a sinking ship] contained in(on board) [abbrev. for a steamship] plus(with) [a form of transport;a lorry].

{MOBILES} : [paired with “The”, a name for the American Mafia] plus(and) anagram of(badly) LIES.

This good idea should be legislated: 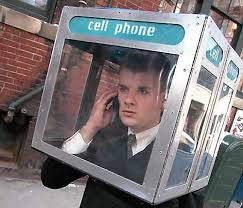 {INHERIT} : Anagram of(floundering) “in the air” minus(with no) [abbrev. for “answer”].

Defn: … something by someone who’s left.

{NATIONAL TRUST} : Defn: … in the UK, whose initials(originally) are the same as the abbrev. for the”New Testament”.

{NEATENED} : [a requirement;a pre-condition that has to be met] containing(to accept) reversal of(return of) [a profit;a gain after all deductions have been made].

{BIRDIE} : [slang for a prison term, shortened from rhyming slang for “time”] + [abbrev. for Latin for “that is”].

Defn: A score for a hole that’s better than par.

Here’s another hint if you remember the musical.

{IRONIC} : [to smooth, usually with an implement of the same name] + “Nick” minus its 2 outermost letters(…’s naked).

Defn: Said of humour or wit.

21a    Minister accommodating family was worried about learner’s working rule (10,3)

Defn: A principle about the work environment, named after the former British civil servant who first articulated it. Corollaries to the rule include:

If you wait until the last minute, it only takes a minute to do.

Data expands to fill the space available for storage.

24a    Ground-breaking tracks reversing across motorway (7)

25a    Tools for putting rollers initially into driers (7)

{DONE} : [an academic, eg. a tutor in a university] plus(with) [abbrev. for one of the main compass bearings].

{BOYS IN BLUE} : [a wrong, especially morally] contained in(about … No – the other way round) [an unhappy little lad, as in the nursery rhyme].

Dressed in the right colour, but he’s definitely not in the Force:

Defn: Short for a type of house, built in pairs, in which is home, yours and mites.

2d    One area under Britain is another country (7)

{ALBANIA} : { [Roman numeral for “one”] + [abbrev. for “area”] } placed below(under, in a down clue) [the Welsh, Cornish and Breton equivalent of the name, once, for Great Britain]. OR The former Latinised name for Scotland, an area included under Britain.

{SPLIT DECISION} : Double defn: 1st: A tally of votes that is not unanimous, especially in boxing; and 2nd: Cryptically, what either one or both of a couple makes before proceeding to divorce;separate.

{RESTORED} : Anagram of(out) SORTED placed below(after, in a down clue) “regime” minus its 4 inner letters(lost heart).

{CHINA} : [to talk, especially informally] minus its last letter(The majority of) containing(is about) [at home].

{AGROUND} : [chemical symbol for the element silver] + [a bullet;a piece of ammunition].

{ANTITHESES} : “Danes” minus its 1st letter(execution of) containing(impounding) [church levies, originally a tenth of what you make].

Defn: Those things which is are in direct contrast;in opposition.

{HOT-AIR BALLOON} : Cryptic defn: Craft with a basket under a gas-inflated container that causes it to rise.

The world’s most powerful vacuum cleaner?

Defn: … in one’s ear or ears not caused by an external sound, but by a medical condition.

Answer: Any one of the crew rowing a boat, of which the one nearest the stern is called the stroke.

Defn: … which is unfair.

{SALVO} : The last letter of(finally) “balloons” placed above(seen on, in a down clue) anagram of(ground) OVAL.

Defn: … of missiles, eg. from artillery.

Answer: An example of which;say, is Man, in the Irish Sea.