Good morning from South Staffs on an overcast grey morning.

I found this fairly gentle, though a couple of clues could cause problems if the underlying general knowledge is missing.

7a           Unfair arrangements made by inexperienced hands (3,5)
{ RAW DEALS } An adjective meaning inexperienced followed by a noun which is an alternative way of describing a set of bridge hands.

11a         Source of article dividing French region (10)
{ PROVENANCE } A term applied especially to the source of a work of art or an antique. Put the indefinite article inside a region of Southern France.

15a         Unenthusiastic, US poet on fourth of July (6)
{ FROSTY } The author of The Road Not Taken followed by the 4th letter of JulY, giving an unenthusiastic welcome.

20a         Knowing daily produces something that’ll kill insect pests (8)
{ FLYPAPER } A three-letter adjective meaning knowing, followed by a daily such as the Telegraph. 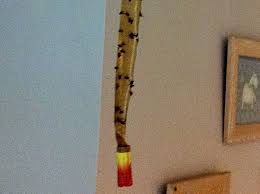 23a         Nicaraguan guerrilla group smuggled goods (10)
{ CONTRABAND } A member of a Nicaraguan anti-government rebellion in the 1980s, followed by another word for group.

1d           Restrain pointer, very loud, circling copper (8)
{ HANDCUFF } A pointer, as on a clock face, and the musical abbreviation signifying ‘very loud’, either side of the chemical symbol for copper. 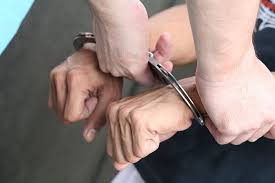 3d           Small enough specimen (6)
{ SAMPLE } The sort of specimen you might have to give the doctor. Small followed by a word meaning enough, or more than enough.

4d           Saint Arnold, for example (8)
{ BENEDICT } The name of a 6th-century saint, founder of a major monastic order, also the given name of Mr Arnold, who became notorious for changing sides during the American War of Independence. 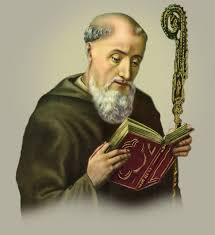 16d         Choose filling fare for bigwigs seated here? (3,5)
{ TOP TABLE } A three-letter verb meaning choose inside a noun describing fare or the board it is set out on.

18d         Scandinavian boy and girl, first to identify evil manipulator (8)
{ SVENGALI } A charade of a Scandinavian boy’s name, an informal spelling of girl, and the first letter of Identify.

19d         Navy member, a lawyer (6)
{ ARMADA } One of the members of the human body, followed by A (from the clue) and the commonly used abbreviation for an American prosecutor.