1a    A fine female, fit and friendly (7)
{AFFABLE} – the A from the clue followed by F(ine), F(emale) and an adjective meaning fit

19a    Smells bit of fish turning, fish oddly (5)
{NIFFS} – a part of a fish is reversed (turning) and followed by the odd letters of FiSh

22a    Tory leader’s ‘Cuddles for hooligans’ (5)
{THUGS} – the initial letter (leader) of Tory followed by a verb meaning cuddles – an allusion to David Cameron’s alleged advice to “cuddle” a hoodie, something he never said, which was actually a product of Alistair “Dodgy Dossier” Campbell and his insidious Socialist propaganda machine 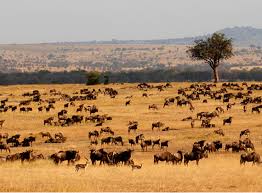 28a    Doctor cut around and deepened cut? (7)
{DREDGED} – the abbreviation for D(octo)R followed by a verb meaning created a border by cutting around – by the way, the second cut is a canal not an incision

2d    Woods warning by second tees (7)
{FORESTS} – a warning from a golfer, usually after he has played a bad shot, followed by S(econd) and T(ee)S

4d    Insect found in say, border plant (9)
{EGLANTINE} – an insect inside the Latin abbreviation of say / for example and a border or frontier 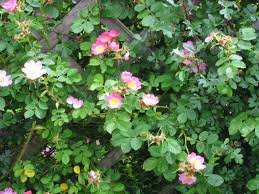 6d    Sitting with old boy on hobby-horse (9)
{OBSESSION} – a sitting, perhaps in a court of law, preceded by the abbreviation of Old Boy

7d    Reportedly catch a severe infection (7)
{CHOLERA} – what sounds like (reportedly) a verb meaning to catch, a criminal for example, followed by the A from the clue 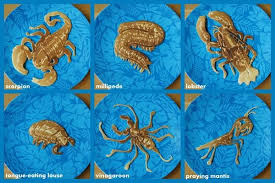 18d    More like dressing, or less dressed? (7)
{SAUCIER} – an adjective meaning more like a dressing for food could also suggest that someone is wearing fewer clothes in order to titivate

One of Ray T’s easier puzzles, at least I thought so.