Another 1.5*/3* for difficulty/enjoyment.  Thanks to Jay.

1a    Not paying attention when former PM returns (6)

{ASLEEP} : [when, as in “when you walk through”] + reversal of(returns) [Robert, former English PM].

{DAUNTING} : [Australian wild dog] minus its last letter(almost) containing(trapping) [a female relation of an older generation than one’s]. 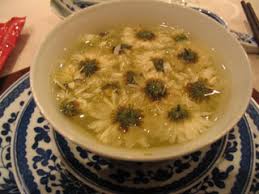 {SOMEWHAT} : [roughly;approximately] + [I beg your pardon?;a query to someone to repeat his/her words].

{RATHER} : Double defn: 1st: To a considerable extent, as in “Was that exciting?” “Quite!”; and 2nd: A bit;to a limited extent, as in “I’m a bit/somewhat hesitant about offering this explanation”. One of those 2-faced words that can take almost opposite meanings at the same time.

21a    Road bridge needing something to impart stiffness (6)

{STARCH} : [abbrev. for a small road, usually lined with buildings] + [a bridge;a structure that spans across an opening].

Defn: Not the pharmaceutical you’re thinking of.

{POPINJAY} : [to pay a call;briefly visit someone (2 words)] plus(with) [a gregarious noisy songbird – also, a foolish person, hence, the term for one who walks across a road recklessly].

Answer: Like “Clumsy!”, an exclamation you might say to one who’s done something clumsy, such as dropping things. 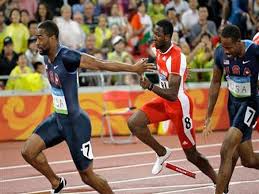 {TRESPASS} : [a spring of (mineral) water, round which a resort may be built] contained in(in) [a lock of hair, especially a long lock of female hair].

Answer: To enter a place unlawfully.

{SUCCOUR} : Homophone of(on the radio) [a straw whimsically named after what you do with it – not to imply that anyone named Straw is a this].

Defn: ….where the eagles cry…and nest.

{DENOTED} : [a study;a room to retreat to] plus(will need) [abbrev. for books in the bible] placed above(on, in a down clue) [Milliband, leader of the British Labour Party].

{USHER} : [abbrev. for things American] + [one idolised for exceptional achievements] minus(out of, as in “short of”) [letter that looks like 0, love in tennis scores].

7d    Board accepts one satisfied schedule (9)

{TIMETABLE} : [a board, if set for serving food] containing(accepts) { [Roman numeral for “one”] + [has satisfied, say, requirements or conditions] }.

{NUMBERS} : Double defn: A book in the bible; and 2nd: Whimsically (see 2 down), things to make you not feel.

{EMIGRATES} : [letter represented by “golf” in the phonetic alphabet] contained in(in) [Arab states, so-called from the princes, commanders or heads ruling them].

{TRAPPINGS} : [beefy;strong and muscular] with [abbrev. for “son”] moved to the end of the word(sends … to the back).

{RIP-OFFS} : [not working, as with, eg. appliances that are not switched on] contained in(covered in) [tears, as you would, eg. with paper – or a bodice?].

You can wear them…or carry them.

{NEEDY} : Reversal of(Rising, in a down clue) [a desire;an intense longing – also see 22 down] containing(to throttle) [abbrev. for “editor”].