Good morning from South Staffs on another beautiful sunny morning. Fingers crossed that the fine spell lasts until the weekend, when Mrs DT and I will be celebrating our ruby wedding with a family party in the garden.

I finished this puzzle in ** time, but found it less enjoyable than usual. Several definitions would do just as well in a General Knowledge crossword, and some bits of wordplay also seemed to require more than could be gleaned from the clue.

5a           Shoots  fare for the Christmas dinner table? (7)
{ SPROUTS } Double definition: new shoots on a plant; and a green vegetable frequently served with the Christmas turkey. 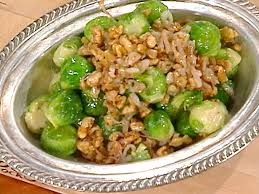 7a           In a city that’s ancient, I caught Goldfinger (5)
{ AURIC } The first name of the villain in the James Bond novel is made up of A (from the clue), an ancient Middle Eastern city, I (from the clue) and Caught. Cue Shirley Bassey…

10a         Racket, fearful roar outside yard, is normal? (8)
{ ORDINARY } An anagram (fearful) of ROAR wrapped around (outside) a word for a racket or loud noise, followed by Yard.

17a         Play with male office worker in trial (3,7)
{ THE TEMPEST } A Shakespeare play made up of the male pronoun and a short-term office worker inside the sort of trial we saw at Trent Bridge last week.

19a         Coin kept popping up (2,6)
{ IN POCKET } Anagram (popping) of COIN KEPT , giving a phrase meaning up or in profit. My thanks to Gazza and crypticsue for pointing this one out. 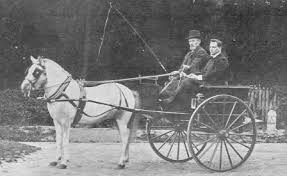 3d           Bonded, initially, with Italian robber in gang (6)
{ BANDIT } The initial letter of Bandit, a conjunction meaning ‘with’ or ‘as well as’, and an abbreviation for Italian.

5d           Promise son clothes (5)
{ SWEAR } A verb for the making of a solemn promise. Son followed by a generic word for clothing, often seen prefaced by men’s, ladies’ or children’s.

15d         Greatly affecting winning finish (8)
{ UPENDING } A two-letter word for a winning position in a game followed by the finish of a play or book. I had never come across this meaning of the answer before, but it is in the BRB. 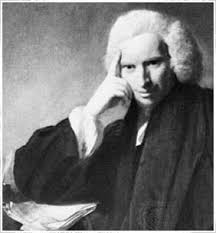 21d         Head of Smithsonian shown with recently stolen picture (4)
{ SHOT } The initial letter (head) of Smithsonian followed by the criminal slang for stolen property – as in ‘too — to handle’.