Don’t forget to have a go at our Monthly Prize Puzzle.

8a           A jolly lady that sailed from Spain (6)
The A from the clue followed by a jolly or member of an armed service who is trained for service at sea, or on land, and a lady’s name – strictly speaking the abbreviation used in the wordplay applies only to the armed service, not to a member of said service 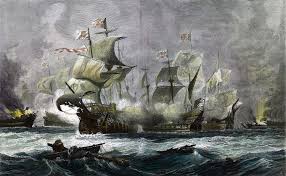 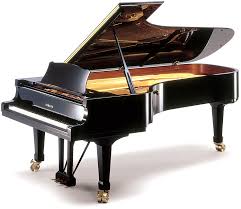 14a         Grand, having immensity of good food (13)
G(rand) followed by an adjective meaning massive or having an immensity

24a         After said dancing who reported commotion? (8)
What sounds like (said) some classical dancing is followed by a homophone (reported) of who

26a         Criminals’ environment in life and death? (10)
This collective word for criminals is also where they may end up in the afterlife! 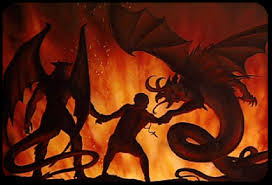 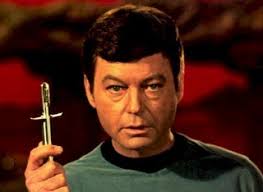 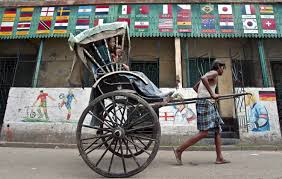 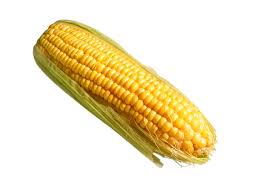