Yet another excellent puzzle from Ray T. Avoid the pitfalls and it’s not too difficult – fall into them and it could take all day!

11a    Nosed around wretched dog’s tail? It could be rich! (10)
{PRIVILEGED} – a verb meaning nosed or searched around an adjective meaning wretched and the final letter (tail) of doG

15a    Dodgy start taking Independent newspaper (6)
{SHIFTY} – if you’re trying to fit a dodgy anagram of START around I(ndependent) to get a newspaper, stop now! – a verb meaning to start or recoil around (taking) I(ndependent) and a financial newspaper

22a    Tired out by Conservative’s reputation? (6)
{CREDIT} – an anagram (out) of TIRED preceded by C(onservative)

25a    Camp male hugging nearly everybody (6)
{STALAG} – this German camp for prisoners of war is derived by putting a male, typically one on a night out with the boys, around (hugging) most of (nearly) a word meaning everybody 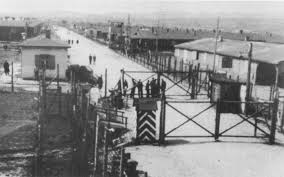 1d    Starts with first of three hags (8)
{TWITCHES} – the initial letter (first) of Three followed by some hags – an allusion to Macbeth?

4d    Defence of Queen’s assistant for the audience (8)
{PALISADE} – this defence or fortification sounds like an assistant to the Queen (6,4)

5d    Tie cargoes roughly and put into boxes (10)
{CATEGORISE} – an anagram (roughly) of TIE CARGOES – the boxes themselves can also be derived from the anagram, but the definition is “put into boxes”

22d    Put inside or execute? (6)
{COMMIT} – two definitions – to put inside prison or to execute or carry out

A smattering of innuendo and the almost mandatory visit from Her Majesty – it couldn’t be anyone else. Old hands will have done the Quickie first and recognised the signature single-word clues and answers.