Deep Threat has agreed to do today’s Toughie, for which I am extremely grateful.  If it hadn’t been for a slight delay with 2 down and 13 down, this would have only ranked as */**.

15a    Drove that woman daft, initially (4)
{HERD} – a pronoun meaning “that woman” followed by the initial letter of Daft

19a    Second, athletes who surprisingly get everyone’s praise in event (5,3,4)
{STEAL THE SHOW} – S(econd) followed by an anagram (surprisingly) of ATHLETES WHO

22a    Film cancelled — hurry away (5,3)
{SHOOT OFF} – a verb meaning to film followed by an adjective meaning cancelled

1d    Awful trauma, with one adult displaced by international court (6)
{ATRIUM} – an anagram (awful) of TRAUM(A) after one of the A(dult)s has been displaced by I(nternational) 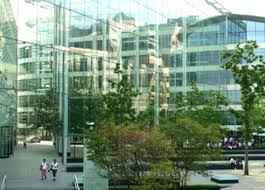 2d    Banter, as such, going over head of inmate, fellow prisoner (10)
{PERSIFLAGE} – a Latin phrase (3,2) meaning as such around the initial letter (head) of Inmate, F(ellow) and a prisoner

4d    A reportedly depressed woman in plant (4,4)
{ALOE VERA} – the A from the clue followed by what sounds like (reportedly) an adjective meaning depressed and a woman’s name 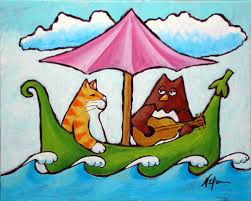 21d    Leader of clog dance gets cut (4)
{CHOP} – the initial letter (leader) of Clog followed by a dance (which gives me the opportunity to add a video by Danny and the Juniors!)

I’m sure some will like this, but I found it to be rather dull.