Another enjoyable crossword from Jay.  A couple at the end took slightly longer, so I’d rate this a 1.5-2* for difficulty, and 3* for enjoyment.  Thanks to Jay.

What sort of an actress did you say?

{SHEDLOAD} : [3rd person pronoun for a female] [a contraction for “would”, attached to a pronoun with an apostrophe] + { [letter that looks like 0;love in tennis] contained in(to be hugged by) [a boy] }.

{STEEL WOOL} : [courage;a trait figuratively likened to a hard material] + { [abbrev. for “left”] placed after(after) [to romance;to court, say, a person of the opposite sex] }.

Answer: An abrasive found in the kitchen, say.

{MOTTO} : [abbrev. for a doctor – not “Dr”] containing(adopts) [acronym for “too much”;exaggerated].

12    Weapon for police deploying a taser to protect head of government? (4,3) 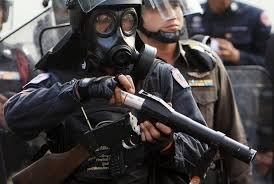 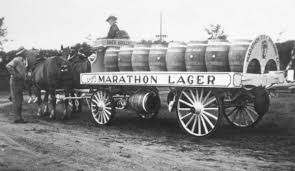 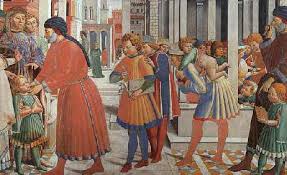 15    Overwhelm one with assignment on Mother Teresa, say (8)

{INUNDATE} : [Roman numeral for “one”] plus(with) { [an assignment;an agreement to meet] placed after(on, in an across clue) [member of a religious order, say, Mother Teresa] }.

20    Footballer’s wife hounded by journalist on a salary (5)

{WAGED} : [acronym for partners, including girlfriends, of footballers, in the singular] plus(hounded by) abbrev. for [a journalist].

23    A bit worried about second degree produce from India (7)

{BASMATI} : Anagram of(worried) A BIT containing(about) [abbrev. for “second”, in time notation] + [one of the degrees a graduate may have].

Answer: An agricultural produce traditionally from India (and Pakistan).

{CHIDE} : [being concealed from view or discovery] contained in(in) [abbrev. for the Church of England].

Defn: One far from being Chinese.

1    Raised position under workplace for computers (8)

Defn: Not too much and not too little.

3    A gorilla panics, coming across tail of ancient reptile (9)

{ALLIGATOR} : Anagram of(panics) A GORILLA containing(coming across) last latter of(tail of) “ancient”. Smoothly apt surface, if one ignores the fact that, in the wild, the 2 inhabit different continents.

{HOLD YOUR HORSES} : Cryptic defn: Reference to what a groom (not the type that is getting hitched) will literally do. Another apt surface – for riders.

Answer:  Also answers this question:  “What do you say when a waitress offers you Tesco burgers?”

Shy and reserved?  Either that, or she’s telling you she’s got a headache and possibly showing reluctance.

{OUTLAST} : [revealed;in the open] placed above(before, in a down clue) [descriptive of something coming at the end;final].

{DROVER} : Cryptic defn: Reference to a person who steers, well, steers for example, a collection of which is called a “heard” minus(with no) [abbrev. for “answer”].

{CONSTITUTIONAL} : [the make-up;the way in which something is composed, eg. your physical condition] placed above(on, in a down clue) A + first letter of(leader of) “long”.

{DOWNSIZED} : Double defn: 1st: Reduced the number of employees in an organisation; a euphemism for firing workers; and 2nd: Freed up cash by selling your current house and buying a smaller one. I presume this is the specific meaning refered to.

{GROUCHO} : { [exclamation equivalent to “That hurt!”] placed below(supporting, in a down clue) [abbrev. for a former king] } plus(with) [letter that looks like 0;love in tennis].

Answer: Not Karl, but one of 5 brothers.

– “Alimony is like buying hay for a dead horse.”

– “I have had a perfectly wonderful evening, but this wasn’t it.”

– “I remember the first time I had sex – I kept the receipt.”

– “Anyone who says he can see through women is missing a lot.”

– “Marriage is a wonderful institution, but who wants to live in an institution?”

{ABACUS} : [abbrev. for an “account” of monies owed;a bill] contained in(in) [a common form of public transport on the roads].

{AMEND} : [“so be it”;a term used at the end of a prayer] placed above(on, in a down clue) [the International Vehicle Registration Code for Germany].