{CATASTROPHE} : [a big example of which is the tiger] plus(having) A [fit of bad temper;temper tantrum] + HE.  Reference to a certain Tiger, a disaster on the domestic front?

{LENS CAP} : Anagram of(exotic) PLACES containing(around) [abbrev. for one of the geographic poles].

That will stop you too.  Sweet revenge!

Answer: A small primate, but not a clerical one.

{GLAZE} : [to look long and fixedly] containing (around) the last letter of(back of) “hall”.

{EARLY BIRD} : [slang for a prison sentence, derived from rhyming slang for “time”) placed after(given to, in an across clue) [precocious, as in “developing ahead of time”].

Answer: A non-human that sings in chorus with others; this one might wake you in the morning – whether you like it or not.

{QUICKSTEP} : [a measure;a specific action taken towards achieving a goal] placed after(applied to, in an across clue) [any area of living flesh that is sensitive to pain or touch, eg. around a healing wound].

So one of the above is not the dance in question, but, hey, the dancers look good.

Answer: Short for one who’s left temporarily, say, to work.

{APPOINT} : A + [abbrev. for the musical direction to play quietly or softly] + [a fielding position in cricket].

{GRIMACE} : [deep sorrow, especially at the death of someone] minus its last letter(mainly) containing(enveloping) [prefix in the archetypal Scottish surname, derived from Celtic for “son of”]

25    Mischief-makers from team tucking into pastries (6)

{PIXIES} : [a term for a sporting team, from the Roman numerals for the number of members] contained in(tucking into) [baked food items with filling inside pastry].

Answer: An inanimate object used for broadcasting (and receiving) radio signals and the like.

{STAG BEETLES} : [a type of party for males only] + [a social insect, one of whose castes is the worker] + anagram of(out) “lets”.

{TORSO} : [more or less, especially with reference to a number of things] placed below(below, in a down clue) last letter of(ultimately) “belt”.

Defn. and Answer: The human body above (not below) the belt, more or less, unless you’re wearing your belt around the tops of your thighs. 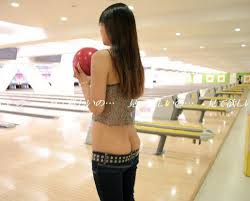 Could the belt be worn any lower?

{OVERTLY} : Anagram of(Organising) { REVOLT + [letter that is a homophone of(broadcast) “why”] }

{HOUDINI} : Cryptic defn: Reference to a Harry who used to let himself be bound so that he could escape, for show of course, not because he was a masochist (as far as I know).

{FLYING SQUAD} : [an activity if you’re literally in the jet set] plus(with) [abbrev. for “second” in time notation] + [short form for one of a set of four children from the same pregnancy].

Answer: A small unit in the police force ready to move into action quickly.

{LEADS THE WAY} : [in chemistry, one of the heavy metal elements] plus(and) [to rock;to move from side to side] } containing(covering) [in grammar, the definite article].

Defn: As a verb. Not the likes of Alice Cooper, Deep Purple et al.

{REPUGNANT} : [descriptive of a reigning ruler] containing(covering) 2 out of 4 letters of(half of) “pubs”.

Defn: … with a sharp implement.

{TASTE} : [abbrev. for a volunteer unit of the British Army] + anagram of(off) SET.