{BOWLING ALLEYS} : [serving dish, eg. for soup] + IN + [designated areas with kitchen facilities in a ship or plane]

{EVERGREEN} : Triple defn: 1st: A song that remains fresh through the years, perhaps an oldie but goodie; and 2nd: The title of a relatively new Streisand standard; and 3rd: Any type of plant with year-long foliage, in contrast to deciduous ones. I considered this a triple rather than a double definition, since “song” is tautological when applied to “standard” with this intended meaning. 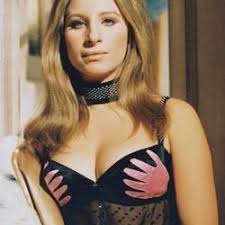 Jay might be referring to this Plant frontman and either of these standards from the rock era.

{ADIEU} : { A + [abbrev. for a multinational organisation not a million miles from the UK] } containing(employing) [abbrev. for a detective rank in the police force].

Answer: A non-English word for goodbye or farewell.

{WILCO} : [abbrev. for left] contained in(in) { [letters that look like the postcode for a Central London area] + [abbrev. for “company”] }.

{NUTS} : [abbrev. for a compass point] placed after(put to, in an across clue) [abbrev. for the UK union of teachers].

{OSLO} : [“Watch!” or “Behold!”] placed after(after) [abbrev. for larger than large, as found (or not found) in clothes shops, for example].

{LEARNED} : [Shakespearean king with 3 daughters] + “warned” minus(to avoid) [a fight;a conflict, sometimes of words and sometimes of the worlds].

17    Millions to be invested in joint stake in fertiliser (7)

{COMPOST} : [abbrev. for “millions”] contained in(to be invested in) { [prefix for something performed or formed jointly] + [a stake stuck into the ground] }.

Answer: Made by rotting vegetation.

{INDUCED} : [popular;fashionable] + [from Italian, leader if with a lower case initial, or the former leading Italian fascist, if with a capital initial and preceded by Il] plus(with) [abbrev. for “daughter”].

Answer: Brought on, most commonly in the hospital maternity/labour ward.

{LORELEI} : [a group’s, eg. a culture’s, accumulated knowledge/learning handed down through generations] plus(with) [a garland of flowers]. 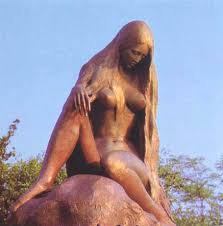 {BIG DIPPER} : [generous;ample, euphemistically speaking] plus(with) [another name for the answer to 26across].

{BEEF WELLINGTON} : [the name of a duke, famous for winning a significant battle, and for his boots] placed below(underpinning, in a down clue) [a complaint;a dispute].

Defn: A dish that might be the main course for a meal.

{GLEANED} : { [delight] containing(about) [one of the articles in English grammar] } placed above(on, in a down clue) [abbrev. for “Germany”].

Answer: A person who is reckless or rash in action and manner.

Defn: A confectionery, not a washing implement.

{OUT OF THIS WORLD} : Anagram of(designed) WOOD HUT FLORIST. 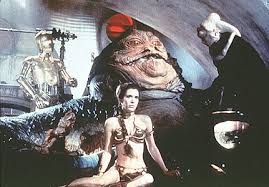 {IMPRESSIVE} : [what a journalist might say as an introduction, 2 words with an apostrophe] + [contracted form of “I have”]

Answer: Is telling;having a significant impact.

{ADDRESSED} : A + [abbrev. for a politician of the Democratic party] + [fully clothed].

{LASAGNE} : [to sink;to droop] contained in(found in) [a narrow road between buildings, say, except for the ones found in the answer to 1across].

24    Engineers do better than turning up to transfer plant (5)

{REPOT} : [abbrev. for the engineering unit of the British army] + reversal of(turning up) [to do better than;to surpass]. By coincidence, this same answer was in yesterday’s FT crossword.