Good morning from South Staffs where it’s bright an sunny, but still cold, with a persistent east wind.  I’ve nearly finished tiling the kitchen, and am on grandfather duties this week, with small grand-daughter staying with us.

I found this mostly straightforward, but was held up on the last 4 clues, pushing the puzzle into *** territory for me.

1a           Blunder ignoring second fall (6)
{ TUMBLE } Drop the initial Second from a synonym of blunder to get the sort of fall a clown or a gymnast might have.

4a           On reflection, suitable Irish record followed by a drink (8)
{ APERITIF } Start with a charade of a three-letter word for suitable, the IVR abbreviation for Ireland, a vinyl record midway between a single and an LP, and A (from the clue). Then reverse the result (on reflection) to get the answer. 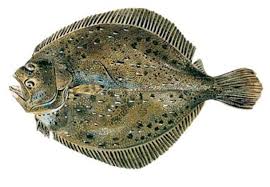 10a         Cat left out in front of joiner’s yard is a risk (8)
{ JEOPARDY } A big cat with its initial Left omitted is preceded by the first letter of Joiner’s and followed by Yard.

14a         Indicate mathematical function for audience (4)
{ SIGN } A homonym (for audience) of the trigonometric function where you divide the side opposite the angle in question by the hypotenuse.

17a         A coup after power’s lost trapping defective military authority (5,7)
{ GROUP CAPTAIN } Anagram (defective) of A COU(P) and TRAPPING.  The P is removed from COUP because power’s lost, and the result is a senior RAF officer.

20a         Plain substance smelly cat dislodged (6-2-4)
{ MATTER-OF-FACT } Another word for substance followed by a three-letter word describing, typically, a foodstuff which has turned smelly, then an anagram (dislodged) of CAT.

24a         Locks feature in this river surrounded by slime (5)
{ SCRUM } The locks concerned are in a rugby XV.  The usual abbreviation for River inside a type of slime. 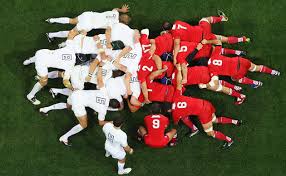 29a         Measure taken in old ship after European disembarks (6)
{ GALLON } An old sailing ship, often Spanish, with the European removed.

30a         College had to be demolished in part in Northern town (8)
{ ROCHDALE } A single-letter abbreviation for college and an anagram (to be demolished) of HAD inside a part on the stage.


31a         Feeling unwell, queen needs a piece of cake? (6)
{ QUEASY } An abbreviation for queen followed by the adjective which describes something which is a piece of cake.

1d           Note convict in early part of week getting guidance (8)
{ TUTELAGE } The seventh note of the sol-fa scale and a convict inside the abbreviated form of one of the early days of the week.

2d           Race with graduate before short judge, titled figure (8)
{ MARATHON } A charade of the letters indicating a particular university degree, a verb meaning to judge with its final letter removed (short) and the abbreviated form of the title given to, among others, the children of peers

3d           One’s informed when kept in such facilities before parking (4)
{ LOOP } Another euphemism for what is euphemistically called ‘facilities’ followed by the traffic sign indicating Parking.

7d           Hot gossip brought up about Oscar winner’s latest character (6)
{ TORRID } A synonym of gossip (as in ‘dish the ____’) is reversed (brought up, in a Down clue) around the letter represented in the NATO alphabet by Oscar and the last letter of winneR.

15d         Horrify a leading Christian convert, we hear (5)
{ APPAL } A (from the clue) followed by a homophone (we hear) of the early Christian famously converted on the road to Damascus.

18d         Flower comes from around about a mile, cultivated across lake (8)
{ CAMELLIA } The Latin abbreviation for ‘about’ followed by an anagram (cultivated) of A MILE wrapped around Lake. 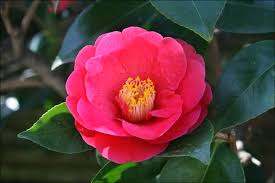 21d         Smart salesman getting flat when promoted (6)
{ DAPPER } Start with an abbreviation for a sales representative followed by a slang term for a flat. Then reverse the whole expression (promoted = going up, in a Down clue).

22d         Like a leading person, English, in unconventional choir (6)
{ HEROIC } An adjective describing the leading character in a play comes from an anagram (unconventional) of CHOIR with English inside it.

26d         Collapse in congregation? (4)
{ FOLD } Double definition, the second being figurative, as the place where a shepherd might keep his flock.

27d         Neighbour prioritising time for forbidden activity (4)
{ TABU } A verb meaning ‘to neighbour’ with the Time moved to the front (prioritised).