Good morning from South Staffs where it’s bitterly cold, with a dusting of snow on the ground.

I found this a straightforward puzzle, the bottom half causing perhaps a little more thought than the top.

1a           Flee, pocketing diamonds after a mischievous adventure (8)
{ ESCAPADE } A verb meaning to flee, with A (from the clue) and the abbreviation for the diamond suit inside it.

5a           Army chaplain having no right on board in a suit (6)
{ SPADES } One of the four suits in a standard pack of cards comes from  removing the R (no right) from a term for an army chaplain, and putting the result on board – that is, inside the usual crossword ship.

12a         Unknown number fired from outside, non-stop (7)
{ ETERNAL } Take an adjective meaning outside and remove (fired from) an algebraic unknown.

13a         Disastrous failure by the enemy to find explosive device (4,4)
{ TIME BOMB } The abstract concept figuratively described as the enemy of humanity, followed by a failure, especially in the theatre.

20a         Sense agreement amongst rowing crew (8)
{ EYESIGHT } One of the five senses.  A word signifying agreement inside a rowing crew of the sort which contests the Boat Race.

23a         Designer  calendar? (7)
{ PLANNER } Double definition, the second referring to one of those big calendars often seen on office walls.

26a         Suffer in silence if bedridden? (4,2,5,4)
{ TAKE IT LYING DOWN } A cryptic definition, where the position you might adopt if bedridden is described in the answer. 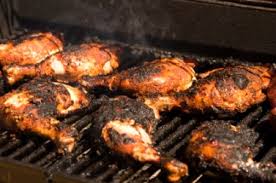 3d           Appropriate for parish priest in France (7)
{ PROCURE } The definition is a verb. The Latin pronoun for ‘for’ followed by a French priest (minus the acute accent on the final E).

8d           Extra little earner, perhaps, for food store during function (8)
{ SIDELINE } The familiar shortening of a food store, especially one selling unusual or foreign food, inside a trigonometric function.

9d           Get together because second badge must be shortened (8)
{ ASSEMBLE } A charade of a word meaning ‘because’, Second, and a synonym of badge with the final M removed (shortened).

14d         Reject past convention (8)
{ OVERRULE } A word meaning past or done with, followed by a convention or principle.

16d         Is golf club entertaining that female novelist? (9)
{ ISHERWOOD } IS (from the clue) and a type of golf club either side of (entertaining) a pronoun meaning ‘that female’.

22d         Wrath perhaps after tax put up in sport (6)
{ TENNIS } The failing of which wrath is an example followed by a term for ‘after tax’.  The whole expression is then reversed (put up, in a Down clue).