Good morning from a grey South Staffs, where it’s considerably warmer than it was last week.

There’s a mini-theme of the Wild West in the top half of today’s puzzle, plus one or two items which have featured in the last few Tuesday crosswords.

1a           Fellow connected with the Spanish church (6)
{ CHAPEL } Another word for fellow followed by one of the forms of the definite article in Spanish. 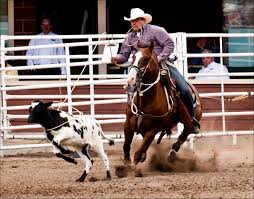 11a         Left most of toast and cheese (4,5)
{ PORT SALUT } The nautical term for left followed by a synonym for toast (the sort you drink) with the final E missing.  Tuesday seems to be French cheese day: we’ve had two weeks of Brie, and now this one.


13a         Hat put back on after conclusion of matins (7)
{ STETSON }  A proofreader’s instruction to restore something followed by the last letter (conclusion) of matin S and ON (from the clue).

14a         Understood about blocking plan to send down student (9)
{ RUSTICATE } A five-letter word meaning understood or unspoken is reversed ( about) inside (blocking) a deceptive plan.

18a         Fruit from Spanish province marketer initially imported (5)
{ LEMON } The first letter (initially) of M arketer inside (imported) a province in the northwest of Spain.

19a         Foul by new forward in game (9)
{ BADMINTON } A charade of an adjective meaning foul, another meaning new, as in ‘brand new’, and an exhortation to go forward.

25a         Aware of things, like the footballer about to pass? (2,3,4)
{ ON THE BALL } An informal expression for being aware, derived from a footballing situation like the one in the clue.

26a         Picture that is framing periodical (5)
{ IMAGE } The Latin abbreviation for ‘that is’ wrapped around (framing) an abbreviation of the sort of publication that a periodical is.  We had this one last Tuesday with a very similar construction.

27a         Wearing box, as a precaution (2,4)
{ IN CASE } A preposition used for ‘wearing’, as in  ‘she’s – Dior’, followed by a synonym of ‘box’.  For non-cricketers, the surface is a reference to the vital piece of equipment worn by a batsman to protect his delicate bits.

5d           Drake, thus, spliced decorative knot (4’1,4)
{ TURK’S HEAD } Anagram (spliced) of DRAKE THUS.  Nice to see the apostrophe indicated in the enumeration – though it does make unravelling the anagram easier.

9d           Mean to defraud Treasury, ultimately (6)
{ STINGY } An informal term for ‘defraud’, as perpetrated on film by Paul Newman and Robert Redford, followed by the last letter (ultimately) of Treasur Y.

16d         Artist imprisoned by a bitter twisted judge (9)
{ ARBITRATE }  The definition is a verb.  The usual Crosswordland artist is inside (imprisoned by) an anagram (twisted) of A BITTER.

17d         Boffin in tests spread across Channel Islands (9)
{ SCIENTIST } Anagram (spread) of IN TESTS around (across) the abbreviation for C hannel I slands. Not the same boffin as last week.

18d         The French boy’s Bible reading (6)
{ LESSON } One of the forms of the definite article in French followed by another word for boy gives one of the readings which precede the Gospel in a Eucharist service. 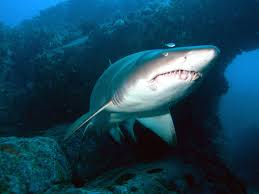 24d         Grind and cut small number inside (5)
{ GNASH } An abbreviation (small) for N umber inside a noun or verb meaning cut, giving a grinding of teeth.