Across
1    Perseverance in row as Egypt undergoes change (7,5)

Answer: What you have or need in order to persevere; stamina.

{APPLE} : [to struggle;to wrestle with] minus(… takes no part in) [initials for George Rex;King George].

Answer: To bear with.

{SHOOT-OUT} : [go away!;shove off!] plus(and) [sell tickets;also a noun for a solicitor, not the legal sort].

Answer: Nowadays more to settle a drawn competition and not to death literally – though it might seem so to some football managers – ask Arsene Wenger.

{EARWAX} : Cryptic defn: An interference to be found in your hearing organ;listener.

{FACELIFT} : One of the keys in the diatonic musical scale + a winning service in tennis, the ball untouched by the receiver + the English version of the Americanism “elevator”.

Answer: Applicable to the façade of a building, though often referring to that of humans. 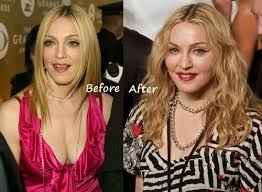 Answer: Last one in for me – it’s dialectical, and probably an obsolete occupation – a travelling sales rep who collects weekly (possibly) payments for goods she/he’s sold on the never-never.

{SHREDS} : [casts off;strips off, say, clothes or skin] containing(carrying) abbrev. for the Latin for king.

{LET ALONE} : Anagram of(terribly) LATE plus(and) [solitary;descriptive of a thing/person that’s by itself – remember the one whose partner was Tonto? Come to think of it, he’s got a misnomer – and then there’s his horse too].

{IMPART} : Roman numeral for “one” + the non-Roman symbol for “million” plus(and) [some;not the whole thing].

Answer: To give, especially an abstract quality, eg. knowledge, meaning.

Answer: Take your pick (it will probably depend on which generation you belong to, but only one is The King): 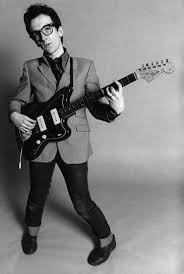 {BULLRINGS} : A type of investor in the stock market, opposed to a bear + calls on the phone.

Answer: It might be entertainment for some, but to me it’s a bloody thing.

28    Allergy developed by force in designated area of Parliament (5,7)

{PRESS GALLERY} : Anagram of(developed) ALLERGY placed after(by, in an across clue) [to force;to push into or on].

{SO THERE} : [a drunk;one stupefied by drink] + [to indicate presence during a roll call].

Answer: An expression usually used by children at the end of a statement to indicate defiance or refusal eg. “I’m not eating that, so there!” I’m not sure how synonymous that is with the definition, which is more an admonition to be more careful and to learn from your mistakes in future.

2    A communist protects last of them with weapons (5)

{ARMED} : A + [descriptive of a communist;what you might call a communist, as opposed to “pink” for one with communist leanings] containing(protects) last letter of “them”.

3    Hospital and home unshakeable on a case of remedy (9)

{INFIRMARY} : [at home;not out] + [unshakeable;steadily fixed] placed above(on, in a down clue) the first and last letters of(case of) “remedy”.

{OVERHEAR} : [some cricket;a part of a cricket match, during which balls are bowled from the same end of the pitch] plus(and) [to try, as the law court will].

6    Spot a reporter holding up source of inspiration (5)

{ERATO} : Hidden in(holding) and reversal of(up, in a down clue) “spot a reporter “.

Answer: The mythical muse of lyric poetry and hymns.

7    Portugal involved in distribution of opiates — how suitable! (8)

{BEAT IT} : [live;exist as Hamlet once questioned himself] plus(with) A + [a fool] minus(without) abbrev. for “women”.

Answer: Similar to the first part of 12 across, as sung by him: 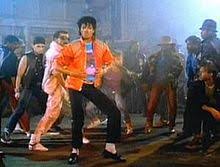 {RELATIVE} : abbrev. for the engineering branch of the British army + reversal of(uprising, in a down clue) [crucial;necessary for existence] plus(with) abbrev. for “energy”, as in physics.

Answer: Those aspiring to emulate their idols.

{TOLLED} : Homophone of(in broadcast) [given instructions in no uncertain terms].

{LASER} : Abbrev. for “labour”, as in politics + [when, usually in conjunction] + first and last letters of(… evacuated) “editor”.