I got three quarters of this puzzle without difficulty, then ground to a halt in the SW corner, hence *** for difficulty.

In the hints below, the definitions are underlined. Answers are hidden inside the curly brackets and can be revealed by highlighting the space between them.

24a         One over on course for instance stopping lout coming back (5)
{ BOGEY }  A golfing term made up of the Latin abbreviation for ‘for instance’ inside (stopping) the reverse (coming back) of a word for a lout.

25a         Wrong actor tackling Romeo (4)
{ HARM } An amateur or bad actor around the letter represented by Romeo in the NATO alphabet.

30a         Old American Conservative hero’s not entirely eager (8)
{ CHEROKEE } A charade of C onservative, HERO, and a synonym of ‘eager’ with its last letter removed (not entirely).

1d &3d  One might feel exposed in this dawn light west of rocky Uist(8,4)
{ BIRTHDAY SUIT } Another word for the dawn or beginning of something followed by ‘light’ (as in ‘not night’) to the west of (because 1d is West of 3d in crossword convention) an anagram (rocky) of UIST. Apologies to those expecting a more exciting picture!

2d           Certain muscles seen on duck that gets plucked (8)
{ ABSOLUTE } A charade of some abbreviated muscles, a cricketing duck, and an old stringed instrument. 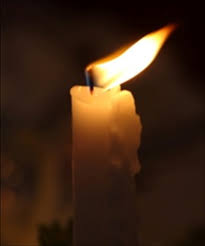 16d         Tabloid boss blew his top (5)
{ RAGED } A pejorative term for a newspaper followed by the usual crossword abbreviation for its boss.

22d         Sweet girl taking political leader round (3-3)
{ CUP-TIE} An informal term for sweet girl with the first letter of P olitical inside giving a fixture in a knockout competition.  I really don’t like ‘round’ as the definition for this, though it is technically correct in respect of the final.