Hola from the Vega Baja.   Well, was this a recycled Toughie or what?  Hardest back-pager for some time methinks.  There again, it could just be me having an off day I suppose!  I found it hard to solve and it didn’t get any easier when writing the hints, which was a bit of a surprise as things usually look much more simple with hindsight.  Thanks to the setter for a bit of unexpected brain strain which I did enjoy a lot, once I realised I could actually solve it without screaming for help!

1a           Kid getting into music roots out old footwear (4,5,5)
{BLUE SUEDE SHOES} – Take some kid, as in soft leather, and put it into a style of music from the American deep south and then add a word meaning roots out, weeds from the garden maybe. If you then split it (4,5,5) you’ll get some footwear made famous by King Elvis.  Thanks to pommette for parsing this one for me – I’ll get her on the blogging team soon! 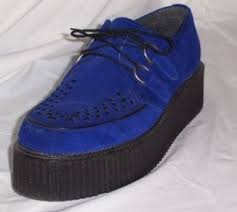 9a           Gatsby recalled except via a name in books still? (8)
{STAGNANT} – Still, as in still or unmoving water.  Take GATSBY and remove (except) the 2 letters that can mean “via” and reverse (recalled) what’s left. Then follow with A (from the clue) and N(ame) both inserted into the abbreviation for the books of the New Testament.

10a         Fellow embraces company and wine (5)
{MACON} – A type of French wine is the usual company inserted into (embraces) a word for a fellow or male person. 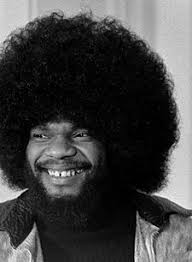 18a         Same two chords in Emerson Lake and Palmer’s records (6)
{ELPEES} – Take two musical chords or notes and insert into the band’s initials (don’t forget the ‘s) and you get a word for some long playing records.  Didn’t know this was a real word until the BRB came to the rescue!

20a         Visual humour landmark requires silence (5,3)
{SIGHT GAG} – A landmark or something worth looking at followed by something which would make you silent.  Is this a bit obscure or is it just me in a bad mood?

23a         Bird of prey noticed displaying evidence of conformity (4-6)
{KITE MARKED} – It’s the evidence that something conforms to British Standards.  A bird of prey is the first word and then a word meaning noticed or taken note of. 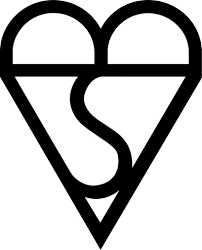 24a         Marrow in haggis? Turnips apparently (4)
{GIST} – This is marrow in the sense of the essential meaning.  It’s hidden in haggis turnips.

27a         One with depression, needing vermouth — unknown brand (8)
{IDENTITY} – OK, the definition is Brand as in marque or name.  It’s a charade of I (one), a depression (I have one in the front wing of my car), an abbreviation for Italian vermouth and finally an algebraic unknown.  Definitely harder to hint than solve!

28a         Head latterly went on about sense and shrewdness of judgment (3-11)
{FAR SIGHTEDNESS} – Not sure how to explain this but here goes! Take a word for a head or cape/headland and put it at the end (latterly). Before that you need a word for “went on” or how you did in something placed around (about) one of your senses.

2d           Could be Lulworth skipper having abandoned heading misses France completely (7)
{UTTERLY} – What is a “Lulworth Skipper” an example of?  Look it up, as I did, in Google and then remove the first letter (abandoned heading) and then remove (misses) the F(rench) and you’re left with a word meaning completely.  This puzzle is getting more difficult by the clue! 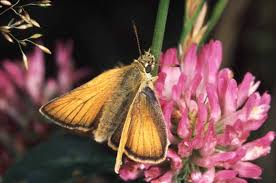 5d           Hazel perhaps will follow two directions in course (6)
{ENTREE} – Two compass bearings followed by what hazel is an example of gives my favourite course of a meal.

6d           Hospital may hope to offset treatment (10)
{HOMEOPATHY} – This is a treatment you probably won’t get in a hospital.  Start with H(ospital) and follow with an anagram (offset) of MAY HOPE TO.

8d           Come a cropper cutting into opening question (11)
{INTERROGATE} – To get this word meaning to question you need to start with INTO (from the clue) and an opening, at the end of a garden path perhaps, and insert (cutting) a word for “come a cropper” or make a mistake.

11d         Austin maybe left benefits protecting popular originator of 1 (4,7)
{CARL PERKINS} – This is the guy who wrote the song in 1a so a bit of GK needed. Start with what an Austin was an example of and then L(eft) for the first name.  For the second name you need some benefits that you get on top of your salary placed around the usual two letters for popular.  Never heard of this guy but managed to work it out from the wordplay before a check in Wiki!  Apparantly he’s very famous but lost on me!

17d         Being on strike for an aid to survival (8)
{LIFEBELT} – A being and a word for strike or hit gives an aid to survival on a sinking boat.  Fortunately I’ve never needed to use one of these although we always had a couple to hand on Firenze!

Interesting puzzle but with some good stuff I think.  Favourite was 6d, just for its surface.