Hola from the Vega Baja.  I found this puzzle to be very enjoyable, perhaps because I solved it this morning instead of in the middle of last night!.  There are quite a few penny-drop moments and some clever cluing so definitely a 4* for me.  It should have been only 2* difficulty but on first pass I confidently put in two answers for across clues that later turned out to be wrong, which of course held me up for some time with the downs!  Quite a bit of chemistry included, surely that couldn’t have been done on purpose!
I thought it might be RayT’s turn today but now I’m not sure. There is one Queen reference but it’s a bit short on innuendo. Perhaps he’ll drop by and let us know.

Definitions are underlined in the clues

As usual, the one’s I like best are in blue.  Please leave a comment telling us what you thought.  You can also add your assessment by selecting from one to five stars at the bottom of the post.

1a           Current, cool or hot (11)
{FASHIONABLE} – This triple definition is an example of how the English language is designed to confuse foreigners! The answer is a word meaning current, as in ‘in vogue’ and both cool and hot (antonyms) are colloquial terms for it.  I once had a young French girl as my Marketing Assistant (Virginie) who told me, in a very exasperated voice, that “English is a language specifically designed to confuse foreigners”. That was when she’d worked out that there are about eight different ways to pronounce the letters OUGH. It was a visit to LOUGHborOUGH that set her off!

9a           ‘Smooth Criminal’ about one’s point of no return (7)
{RUBICON} – Crossing this was certainly the point of no return for Julius Caesar!  You need a word (3) that could mean to smooth, with a piece of sandpaper perhaps, and a slang word for a criminal. Put them around an I (about one).   The yacht I’m on in the photo in my bio-info is called this – here it is!

10a         Finish cooking meat in iron container (6)
{FLAMBE} – this is something done to finish off the cooking of some dishes, Steak Diane for example. Place some meat inside (in) the chemical symbol for Iron. 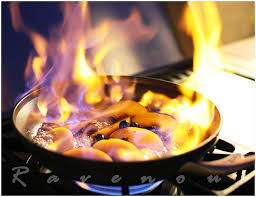 12a         Teaches education provided, say, by school head (7)
{EDIFIES} – A word meaning teaches or educates is made from ED(ucation), another word for provided (2), the abbreviation for id est (say) and an S (School head).  Isn’t ‘say’ usually used to clue EG rather than this?

14a         For refrigeration, element often needed initially (5)
{FREON} – This is actually the DuPont brand name for CFC’s (chlorofluorocarbons), the gas used in fridges. It’s made up from the first letter (initially) of every other word in the clue.  I don’t think this stuff is used any more because of the greenhouse effect.

15a         A box with domestic sweetener (9)
{ASPARTAME} – An artificial sweetener is a charade of A (from the clue), a word meaning to box, in a ring, and a word for domestic, as in not wild.  I confidently put SACCHARIN in here!  Well, it sort of works! SAC = container (box) and a CHAR is a domestic servant so a box with domestic = SAC + CHAR IN.  D’oh and double D’oh! 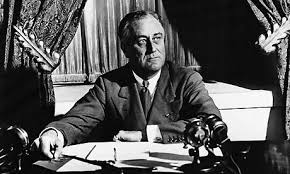 20a         Sits on horse, sired unnaturally (5)
{RIDES} – An anagram (unnaturally) of SIRED is what you do when you sit on a horse.  Actually, what I do when I sit on a horse is FALL OFF! Pommette’s a good rider though!

22a         He is one, and I too! (7)
{ELEMENT} – He and I  are both chemical symbols for examples of these.  The necessary capitalisation of the H is cunningly disguised by putting it as the first word.  This was the other that I confidently got wrong – I put in PRONOUN, which works perfectly if you have no checkers! Lovely clue but a tricky little rascal!

25a         Ass perhaps, Shakespearean character (6)
{BOTTOM} – Ass is a slang term for this part of your body which is also the name of a character in Shakespeare’s ‘Midsummer Night’s Dream’, the guy that went round wearing an asses head! 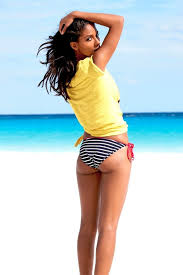 26a         The compiler’s connected to a certain degree (7)
{MEASURE} – How the compiler may refer to himself followed by A (from the clue) and a word for certain gives a degree, as in how much.

27a         Trespass as sin, a term including murder (11)
{ASSASSINATE} – Murder is hidden in (including) trespass as sin a term.  Worthy of Virgilius – the master of the hidden word!  Pretty clever hiding an 11 letter answer in a 33 letter clue!

4d           Kill almost everybody showing guts (5)
{OFFAL} – A slang term for kill , not ICE this time but another one, followed by the usual everybody but without the last letter (almost) gives a word for guts or internal organs.

5d           Publicity likely over Queen arranger (7)
{ADAPTER} – An abbreviation for a piece of publicity followed by a word which can mean likely, in the sense of ‘he’s likely to do it’, placed before (over in a down clue)  the usual Queen gives an arranger. 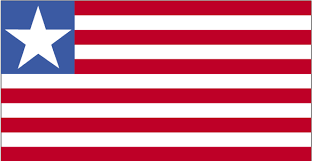 8d           Make stink up and fib about Government (6)
{OBLIGE} – Make as in to make someone do something.  Start with the stink that your friends won’t tell you about and reverse it (up in a down clue). Follow with another word for a fib placed around a G (head of Government).

11d         See letter reproduced in daily newspapers once here (5,6)
{FLEET STREET} – This is the place that newspapers used to come from. It’s an anagram (reproduced) of SEE LETTER placed inside the abbreviation for a daily newspaper (which carries good crosswords!).

16d         He may tramp alone, endlessly going around (9)
{PATROLMAN} –  This chap who might walk around alone is an anagram (going around) of TRAMP ALON(e) – endlessly.  Not sure how much of this clue was intended as the definition. It might be just the first three or four words but I think the whole thing fits quite well as these guys usually do go round and round the same beat.

18d         Demanding America supports old foreign leader (7)
{ONEROUS} – A word for demanding or burdensome is US (America) placed after (supporting in a down clue) O(ld) and a famous Roman Emperor who was bit of a pyromaniac.

19d         Fantastic woman‘s plump for artist (7)
{ELECTRA} – This woman from Greek mythology (she was the daughter of Agamemnon) is a word for plump for, as in choose, followed by the usual artist.

20d         Help up in rave full of ecstasy? (7)
{RADIANT} – An adjective describing someone full of ecstasy, (happiness not the drug!) is a word for help reversed (up in a down clue) and inserted (in) into a rave or tirade.

21d         Hard to embrace alien deviation (6)
{DETOUR} –To get this deviation from an intended route you need a word for hard or gloomy and insert (embrace) the alien from the Spielberg film.

A lot of blue today but stand-out favourites are 22a and 27a.