Hola from the Vega Baja.   Now listen very carefully, I shall say this only once!  Libellule usually does Mondays but filled in for Gazza last Friday and so Gazza returned the favour yesterday. Gazza normally does Tuesdays and I now do Thursdays, and I’ve no idea who’s going to do Wednesdays in future, but I can’t do my Thursday slot this week so I’m filling in for Gazza today. (Simples?)  I think I might be losing the plot here – what day is it anyway?

Now to the crossword! Didn’t really enjoy this one very much and it didn’t get any better as I wrote the review.  Easy enough to solve but not much entertainment value or grins as far as I can see. Be interested to hear your views.

1a           Very large vehicles gaining awards (6)
{OSCARS} – An abbreviation for ‘very large’ in clothing perhaps followed by some vehicles is some awards beloved of the film industry. Bit of a chestnut but first in so I’m on a roll again! 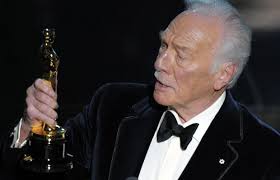 9a           No need for a prompt on stage if this character gets tense (6-7)
{LETTER PERFECT} – If an actor was this he wouldn’t need a prompt.  It’s also a character (think alphabet) followed by a tense in the grammatical sense. 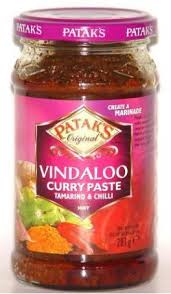 11a         Stratagem revealed by doctor during walk (6)
{GAMBIT} – A stratagem is formed from inserting one of the usual abbreviations for doctor into a word for walk or way of walking. 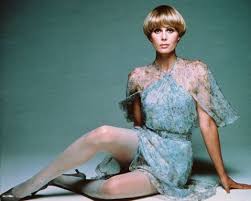 14a         Leave last from chateau encircled by French lake (8)
{FURLOUGH} – I think this is a bit of a multi-national clue!  Definition is leave, as in time off work and I think it’s a bit American. Start with a U (last of chateaU) and place around it (encircled) an abbreviation for French and then follow with an Irish word for lake.

16a         Unsophisticated, eat sloppily and drink (5,3)
{GREEN TEA} – This drink is a word for unsophisticated or inexperienced (5) followed by an anagram (sloppiliy) of EAT.

19a         Row involving Greek character put in jail (6)
{DETAIN} – Insert (involving) a Greek letter into a word for row or noise and you’ll get a word that could mean put in jail.

21a         Precisely what’s required in old golf club, with foremost from Turnberry being entertained (4- 2)
{SPOT ON} – This is a phrase which means ‘precisely what’s required’. Take a favourite old golf club and insert (being entertained)  a T (foremost of Turnberry) and then split the result (4,2).  Don’t know if golfers still use these clubs – perhaps gnomey can enlighten us!

23a        Knowing 8, such a crossword can’t be solved? (8)
{CLUELESS} – This is a sort of double definition but if you haven’t solved 8d it’s probably impossible to solve – as would be a crossword grid that was this.

27a         Until now gallery has accepted what’s bizarre, without limit (2,4)
{TO DATE} – A phrase meaning until now is our usual gallery with a word for bizarre or strange inserted (accepted) but without its last letter (without limit). Then split it all (2,4).

2d           Parody about life initially makes us cross (7)
{SALTIRE} – Odd word for the day! It’s an heraldic term for a diagonal cross  and it’s a word for parody with an L (Life initially) inserted (about).  It’s also the term for St Andrew’s Cross – the flag of the guy who won Olympic gold in the tennis last Sunday. Fortunately for me I’ve come across this word for a cross in a crossword before! Doesn’t come up in everyday conversation very often

5d           Rebuke salesman over cover (7)
{REPROOF} – A rebuke is the usual travelling salesman placed on top of (over in a down clue) the cover on the top of your house.  The one of these on our garage leaks – but only when it rains! 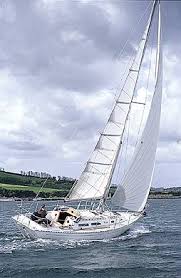 8d           Love recording with husband inside (7)
{NOTHING} – Think of what love is in tennis.  Take a word for recording or remembering and insert H(usband).

13d         Select cap randomly from display (9)
{SPECTACLE} – A display, like the Olympic opening ceremony, is an anagram (randomly) of SELECT CAP.

15d         Fish reportedly studied on Hebridean island by English leader of team (3,6)
{RED MULLET} – To get this fish which is popular for eating around the Med you need to start with a word which sounds like (reportedly) a word for studied (at university perhaps) and follow with a Hebridean island, E(nglish) and then a T (leader of Team). 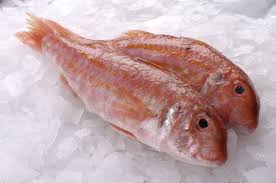 17d         Sharp reply about employing one on job (7)
{RIPOSTE} – Definition is ‘sharp reply’. Take one of the usual abbreviations for about and insert (employing) I (one) and a word for a job or position at work.

18d         Everybody catching salmon in the drink? (7)
{ALCOHOL} – This is ‘drink’ as in what you’re not supposed to drink if you’re driving.  It’s a word for everybody with a ‘silver salmon’ inserted (catching).  Hands up anyone who’s ever heard of this fish! You get team GB’s 19th gold medal!

20d         Understanding of current things in variety (7)
{INSIGHT} – Understanding is the symbol for electric current followed by an anagram (in variety) of THINGS.

24d         Boy stopped by Irish landowner (5)
{LAIRD} – Take a word for a boy and insert (stopped by) an abbreviation for Ireland and you get a Scottish landowner.

Not much blue today but I did like 25a. What do you think?