If you want your weekly fix of Ray T then don’t look here, go and do the Toughie instead!  The musical and sporting references suggest the possible setter, but for me this gimmick has worn very thin and I didn’t enjoy this puzzle at all.

1a    Sailors following course they may traverse quickly (5,5)
{EPSOM SALTS} – put some sailors after a Surrey racecourse to get medicine for the constipated

10a    One getting into difficulties later! (5)
{ADIOS} – put I (one) inside some difficulties to get an interjection meaning later or cheerio

13a    Short skirts are archaic, that’s it! (7)
{MARTINI} – put a word meaning short when applied to a skirt around (skirts) the ald (archaic) word for are to get It(alian) vermouth – I didn’t like this on two counts: a) mini only means short when used in context b) It needs to be capitalised if it is to represent Italian vermouth 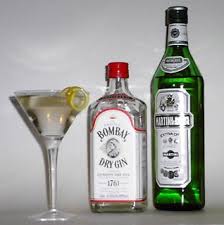 18a    Useless having English fellows replaced by Swiss hotshot academic (12)
{INTELLECTUAL} – start with a word meaning useless and then replace E(nglish), F and F (fellows) with the surname of a famous Swiss crossbow expert to get an academic

24a    Rome loudly dismissed as a hotchpotch? (9)
{POTPOURRI} – a hostile term for the Church of Rome sounds a bit like (loudly dismissed) a hotchpotch – unless I’ve missed something (and if I have I’m sure you will let me know) this kind of homophone is better suited to the Quick crossword pun

26a    Misinterpret natural elements in volcano (4)
{ETNA} – hidden inside (elements in) the first two words is the volcano to which setters have to resort when they have boxed themselves into a corner!

27a    Control attempt by sci-fi writer to incorporate a new chapter (10)
{GOVERNANCE} – to get this control start with a two-letter word for an attempt and then add a French writer of science fiction into which A, N(ew) and C(hapter) are inserted

3d           Turn of card forecast slip-up (14)
{MISCALCULATION} – this looks like an anagram clue, but actually it’s a reversal of the kind of card found in a mobile phone followed by a forecast to get a slip-up

4d           A County Council garden getting church approval (9)
{ACCEDENCE} – a charade of A from the clue, the abbreviation of County Council, Adam and Eve’s garden and the Church of England gives this approval

8d           Dreadful bind, getting a taste for illegal activity (8)
{BANDITRY} – start with an anagram (dreadful) of BIND around (getting) A and then add a taste or test to get this illegal activity

16d         ‘East London Eye’ is epic Emin creation (5,3)
{MINCE PIE} – when will setters learn that Cockney (East London) slang drops the rhyming word? Stairs are apples not apples and pears, face is boat not boat race … – this eye is an anagram (creation) of EPIC EMIN

20d         Plain sailing primarily with Bolt closing on back-to-back records (6)
{STEPPE} – this dry, grassy, generally treeless, and uncultivated plain is contrived from the initial letter of Sailing, the final letter of bolT and two Extended Play records, one of them being reversed (back-to-back)

22d         Something unusual about United with Ferdinand at back (5)
{CURIO} – this unusual item is a charade of the single-letter Latin term for about, U(nited) and the first name of a Manchester United defender who has seen better days