Hola from the Vega Baja.  Another treat from Jay which I found both tricky and amusing in places. A 2* solving time (but very close to 3*) but the variation in difficulty between the clues is quite large, similar to last week’s puzzle.

There seem to be quite a lot of “take the first and/or last letter” type of clues this week but no substitution clue.

10a         Animal that’s holy without and venal within (5)
{HYENA} –  This animal is made up of HY (HolY without) and ENA (vENAl) within).  Is this clue actually a description of one of these animals?

11a         Foreign divorcee gets zero credit in hearing (6)
{EXOTIC} –  The definition here is foreign, as in strange or bizarre. It’s a charade of the usual abbreviation for a previous partner, O (zero) and a word which sounds like (in hearing) a colloquial term for credit.

12a         Drunken sot found by shelter for poor people (4-4)
{HAVE NOTS} –  This is a phrase describing poor people. Take a shelter (5), often described as ‘safe’, and follow with an anagram (drunken) of SOT and then split the result (4,4).  The surface of this one works well for me, raised a smile anyway!

18a         Saints, unusually, on a run, being skilled technicians (8)
{ARTISANS} –  These skilled technicians or craftsmen, who haven’t appeared in a crossword for a while, are an anagram (unusually) of SAINTS placed after (on) A (from the clue) and R(un).

21a         Partly covers surplus drinks (8)
{OVERLAPS} –  A word meaning partly covers is a charade of a word for surplus and a word for drinks, as a dog or cat might do it.

23a         Milk supplier backed by millions — countless! (6)
{MYRIAD} –  A place which supplies milk and milk products reversed (backed) and placed after (by) M(illions) gives a word meaning countless. I spent some time trying to do something with a reversal of cow or udder until the penny dropped!

27a         Copy most of response that’s protective of pet (9)
{REPLICATE} –  This word meaning to copy is made from a word for a response without its last letter (most of) followed by the usual abbreviation for “that is” (that’s) placed around (protecting) a popular pet, of which I have two fat ones.

3d           Economist produced figures on screen (9)
{EMOTICONS} –  These figures, seen on computer screens and much used by commenters on this site, are an anagram (produced) of ECONOMIST.  Phew! For a while I thought I was going to have to come up with some obscure economist! 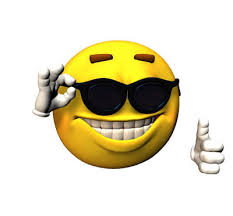 6d           Where darts players stand is about right colour (5)
{OCHRE} –  Put the place where a dart thrower stands around R(ight) and you get a brown colour.

8d           Short breaks in adult employment covered by note (6)
{PAUSES} –  The definition is short breaks. Take A(dult) and a common crosswordland word for employment (3) and place them inside a note which you might find on the bottom of a letter.  Tricky one and my last in! I thought “LAPSES” for a while but couldn’t parse it!

14d         Flatter spread on unit prices, initially (6,2)
{BUTTER UP} –  This is a phrase meaning to flatter. Take some spread which might put on toast or bread and follow with UP (Unit Price initially).

17d         Divinely influenced tower in India (8)
{INSPIRED} –  Put a church tower inside an abbreviation of India and you get a word meaning divinely influenced.  For some strange reason it took me ages to spot this one. I think I’ve got used to “tower” in crossword being something which tows!

20d         The misery of winter? (7)
{SADNESS} –  This is a cryptic definition of a word meaning misery or depression and it’s an allusion to “Seasonal Affective Disorder”, which is also known as Winter Depression or Winter Blues.

22d         Delayed drinking last of hot coffee (5)
{LATTE} –  A type of coffee made from espresso and hot milk is a word for delayed or overdue with T (last of hoT) inserted (drinking).

I like all the ones in blue but favourite is 10a.