This puzzle exhibits the unmistakeable characteristics of one of my favourite setters. A glance at the Quick crossword confirms that Ray T is our Thursday Tormentor.

11a    Foreign Office? (6)
{BUREAU} – this French word means an office or government department

12a    Wrapped in duvet, here all’s heavenly (8)
{ETHEREAL} – hidden inside (wrapped in) the clue is an adjective meaning heavenly or spiritual

13a    Draw out girl, endlessly motionless (6)
{DISTIL} – this verb meaning to draw out is a charade of a girl’s name and an adjective meaning motionless without its final letter (endless)

19a    Start to plough current furrow over for vegetable (6)
{TURNIP} – begin with the initial letter (start) of Plough, then add a word meaning current or trendy and a furrow, reverse the lot (over) and the result is a vegetable

28a    Sublime time sprinted before finish in track (12)
{TRANSCENDENT} – this adjective meaning sublime or supreme is constructed from T(ime) , a three-letter verb meaning sprinted, and a finish inside a track or spoor

4d    Place for smallest room, some say (4)
{LIEU} – a word meaning place, usually as part of a phrase, sounds like (some say) another word for the smallest room

6d    Bird close to albatross? (5)
{EAGLE} – this bird represents a golf score of one more than an albatross

8d    Stone a criminal in foreign prison facility (6)
{STALAG} – a charade of ST(one), A from the clue and a criminal gives a German camp for prisoners of war

20d    Place motor by front of Triumph Acclaim (7)
{PLAUDIT} – a charade of PL(ace), a make of car and the initial letter (front) of Triumph gives acclaim or praise 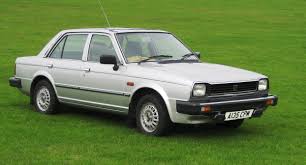 I thought this was easier than most of Ray T’s puzzles – how about you?