Toughie No 699 by Cephas

Anything could happen in the next half hour…

Tuesday does seem to be the slot for the easier Toughies, but I quite enjoyed this one.

6a    One undertaking crossing at sea? (8,5)
{FLOATING VOTER} – a cryptic definition of someone who is undecided (at sea) about where to put a cross on a ballot paper

8a    Boxer’s babble? (6)
{JABBER} – a double definition – a boxer who uses a series of short straight punches and to babble or chatter

9a    Salt, sailor’s said individual characteristic (8)
{TARTRATE} – this salt, a variety of which is used in baking powder, is created from a sailor and what sounds like a characteristic or feature

24a    Odd characters left real ale measure (3)
{ELL} – drop the odd letters from two words in the clue to get a cloth measure of about 45 inches (less in Scotland because they have shorter arms?)

5d           Incite first of riders to abandon foot support (4,2)
{STIR UP} – a phrasal verb meaning to excite is created when an R (first of Riders) is deleted (riders to abandon) from a foor support

7d           Shallow jar and cups Enid smashed (6-7)
{RATTLE-BRAINED} – this adjective meaning shallow or foolish is derived from a verb meaning to jar or vibrate, a lady’s garment that has cups and an anagram (smashed) of ENID

17d         Nimble Rosy may be on top in this district! (3-5)
{RED-LIGHT} – start with a word meaning nimble and precede it (on top) with an adjective meaning rosy to get this seedy district in a city – a semi all-in-one clue 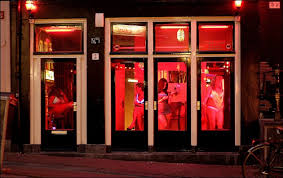 22d         Old scholar found stall in corner (6)
{SCRIBE} – this old word for a scholar, being one who could write, is derived by putting a stall or manger inside a corner of England

An excellent start to the week – what will tomorrow bring?