Hola from the Vega Baja. Phew, I think Jay must have missed the memo about being easy on us solvers this week! I found this to be a bit tricky in places! Perhaps it’s just me! Enjoyable tussle though.

I’ve gone for 3* but my time was getting very close to 4* again. As is often the case with a Jay puzzle I’d recommend starting on the downs. It’s abit light on anagrams so I know some of you will be disappointed.

1a           Memorable arrest? Yes (6)
{CATCHY} – A word you might use to describe a memorable tune is made up of a word which could mean arrest or ensnare followed by Y(es).

4a           Means, say, salary must be topped (8)
{AVERAGES} – Definition is means, as in the plural of an arithmetical mean. Take a word for say or state (4) and follow with another word for salary without its first letter (must be topped).

10a         Instrument of agreement — Italy has refusal rejected (9)
{ACCORDION} – This instrument is a word for agreement followed by I(taly) and a refusal reversed (rejected). 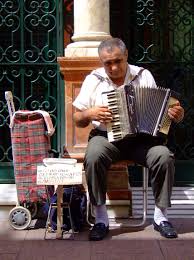 11a         A f-fortune to distribute (5)
{ALLOT} – A (from the clue) followed by a word for a fortune or large amount with its first letter repeated (as in f-fortune) gives a word for distribute or share out.

13a         Type of panel accepting church student (7)
{SCHOLAR} – Take a type of panel which might generate electricity and insert one of the abbreviations for church to get another word for a student.

14a         Half of rest attack work on renewal (5)
{REFIT} – RE (half of REst) followed by an attack, of epilepsy perhaps, gives you a word meaning to work on renewal.  For some reason it took ages for the penny to drop here. No excuse as I’ve done this to two boats during my sailing years!

15a         Sort of advertising ruined by defensive armour (8)
{MAILSHOT} – This is a technique used for advertising or promotion. It’s a word for ruined or worn out placed after (by) a type of armour worn in the middle ages. I had a different answer at first before 7d showed me the error of my ways ! It’s the sort of advertising I uaually just throw in the bin so you can probably guess what my answer was.

20a         Yarn, or story about rights of business and payroll (5)
{LISLE} –A type of thread or lace, from the French city of the same name, is made from the usual (untrue) story placed around the right hand letters of businesS and payrolL 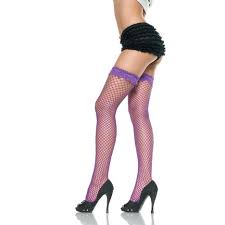 26a         Bar stopping others taking part (5)
{INGOT} – This bar, of gold, perhaps is hidden in (taking part) stopping others.  Had a mental block on this and it was my last in! Don’t know why as once you’ve spotted the answer it’s pretty obvious. You probably heard the penny drop in the UK! D’oh!

28a         Shows friendliness, with energy for one of sons (8)
{MATINEES} – These shows are usually put on during daytime. Think of a synonym for friendliness and change one of the letters S to an E (Energy for one of Sons). You might say this clue is slightly unfair as there is no indication as to which S should be changed. It would work better if the clue said ‘ energy for first of sons’ IMHO.

29a         Inventor’s lack of affectation rejected (6)
{EDISON} – Take a phrase (2,4) meaning lack of affectation and reverse it (rejected) and you get a common crosswordland inventor.  This took me longer than it should as I first read the clue as AFFECTION! I blame the new contact lenses!

1d           The drink for people under canvas surrounding hotel (8)
{CHAMPERS} – This fizzy wine, much loved by pommette, is a word for people in tents (under canvas) placed around H(otel).

5d           Cosmetic adjustments to naming archives (9,5)
{VAINSHING CREAM} – A cosmetic is an anagram (adjustments to) of NAMING ARCHIVES.

8d           Film idols accepting one must get strings (6)
{SITARS} – Place an I (accepting one) inside some film idols and you get an Indian stringed instrument played by George Harrison amongst others.

9d           Bale out distraught after dance with doctor, upset (14)
{DISCOMBOBULATE} – A very obscure word for to upset or confuse! Take a dance, or place where youngsters dance the night away and follow with one of the usual abbreviations for doctor and then an anagram (distraught) of BALE OUT.  I guessed this word from the checkers and then had to work out the parsing! I was quite surprised to find it is actually in the dictionary as I always thought it a made-up word!

19d         Winning on equity — just (7)
{UPRIGHT} – How you might describe the guy winning in a poker game (2) followed by another word for equity gives a word meaning just or upstanding.

24d         This anticipates charge for police staff (5)
{BATON} – This word goes in front of ‘charge’ to give a type of charge the police may make to quell a riot. It’s also a staff or stick.

I like all the ones in blue but favourites are 28a, 3d and 22d for its simplicity.

The Quick crossword pun: {Allies} + {ally} = {a lie’s a lie – let me know if you van think of something better BD}