Hola from the Vega Baja.  The usual excellent Wednesday fare, not too difficult but very enjoyable. I’ve given 2* for difficulty based on my solving time but it was very close to being 3*, so I guess some of you will disagree with me.

9a    Advance making progress on the backs of others (8)
{LEAPFROG} – word meaning to advance from one place to another, without going through all the places in-between, is another children’s game where progress is made using the back of someone else.  I really like this clue!

10a   Sacrifice it after fresh offer (7)
{FORFEIT} – A word meaning sacrifice or give up is IT (from the clue) placed after an anagram (fresh) of OFFER.

11a    Spooner’s cheerful enthusiast? He’ll get you across (8)
{FERRYMAN} – Take a word meaning cheerful (5) followed by a word for an enthusiast or supporter (3) and swap the first letters to get someone who may take you across a river. I don’t usually like Spooner clues but this one raised a smile for some reason!

12a    Energy invested in nurse’s vocation (6)
{CAREER} – E(nergy) inserted (invested in) into another way of describing a nurse gives you vocation or profession.

13a    High flier’s jinks a bit coarse for broadcasting (10)
{AEROBATICS} – An anagram (for broadcasting) of A BIT COARSE gives some jinks or stunts performed by an aircraft in flight.

15a    Finish off quick and run (4)
{FLEE} – Remove the last letter (finish off) from a word meaning quick or swift to leave a word meaning to run away.  I didn’t help myself by putting BOLT in this one on first pass! Looked OK to me – bolt as in finish off your food quickly and bolt as in do a runner. Didn’t help a lot with 2 and 3 down, D’oh!

16a    Break romance within days, finding stuff washed up (9)
{DRIFTWOOD} – This is stuff you might find washed up on a beach. Take  a word for a break or split followed by a word meaning to romance or court someone and then place a D at each end (within D(ays)).

22a    Person refusing help in organising ban on named cast (3-3,4)
{ONE MAN BAND} – This phrase describing a person who does everything himself is an anagram (cast) of BAN ON NAMED.

25a    Working around motorway surrounded by deer and game (8)
{DOMINOES} – Take the usual word for working (2) and place it around the motorway that goes from London to Leeds. Around this place some deer (female) and you get a pub game.   It’s also very popular in bars here in Spain but why do they have to slam the tiles down so hard?.

27a and 24a:    Professors’ positions on sort of ability required for party fun (7,6)
{MUSICAL CHAIRS} – The sort of ability you need to play the piano, or any other instrument, followed by the plural of the position a professor is said to occupy gives a party game.

28a    Game fish occasionally canned (8)
{SARDINES} – Another children’s game is also a small fish of the herring family commonly found in tins.  I love the fresh ones which are readily available and cheap here! 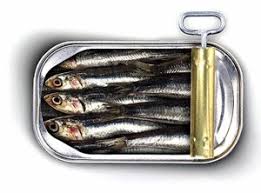 29a    One refuses to believe thought initially put into a robbery (7)
{ATHEIST} – Insert T (Thought initially) into A (from the clue) and a slightly American term (I think) for a robbery to get someone who does not believe in God.

2d    School board drowning in beer — delightful! (8)
{ADORABLE} – A word meaning delightful or lovable is an anagram (school) of BOARD placed inside (drowning in) the usual beer.

4d    Moving abroad to Nigeria, worried about source of money (10)
{EMIGRATION} – An anagram (worried) of TO NIGERIA placed a round M (source of Money) givesa word meaning the act of moving abroad.

5d    Information on English characteristic thus passed on (4)
{GENE} –The thing that passes on characteristics from parent to child is the usual word for information and E(nglish).

6d    Part of Greece once storing pictures in resort (6)
{SPARTA} –A resort such as Bath or Harrogate, for example, placed around a generic term for pictures or paintings gives a part of Ancient Greece famous for its military prowess. 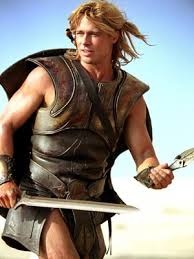 7d    Cause of trouble for girl messing around with men? (7)
{GREMLIN} – This is a mischievous invisible being, said by pilots in World War II to cause engine trouble, and it’s an anagram (messing around with) GIRL and MEN.  This chap turned up in one of my early blogs!

8d    Suffer a turn and raise wrong point (7)
{AGONISE} – The definition is suffer. Take A (from the clue), a word for turn as in ‘it’s your turn’ (2), a word for a wrong (3) reversed (raise in a down clue) and a point of the compass. This is one of those that’s more complicated to explain than it was to solve!

11d    Dismiss greyhound stalls as dangerous places in an emergency (9)
{FIRETRAPS} – A word meaning dismiss or sack followed by the correct term for where greyhounds start a race gives some buildings that are certainly dangerous places.

14d    Matter suppressed by family in health check (5,5)
{BLOOD COUNT} – A word meaning to matter or be of importance placed after (suppressed by in a down clue) a word which can mean family, or race perhaps, gives one of the tests used to check a person’s health.

17d    First of all, did you not ask me if the event is explosive? (8)
{DYNAMITE} – Definition is explosive. It’s made up of the first letters (first of all) the other words in the clue.

18d    Film pitch battle on board ship (4,4)
{STAR WARS} – Take a word for pitch or bitumen and a word for something that’s a bit more than one battle and place inside SS (on board ship). Split the result (4,4) and you get the famous sci-fi movie which introduced us to Yoda-speak! 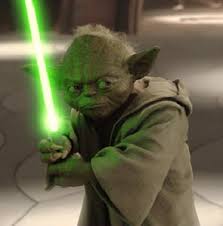 20d    Poor men imprisoned by obscure country (7)
{DENMARK} – A European country is obtained by placing an anagram (poor) of MEN inside (imprisoned by) a word meaning obscure or dim.

23d    A release that’s relative (6)
{AUNTIE} – This female relative is A (from the clue) followed by a word meaning release, a knot in a rope perhaps. 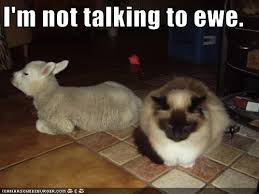 There seems to be a bit of a game theme in the across clues but not in the downs!