Libellule is unavailable today, giving me my first opportunity to review a Rufus puzzle for some time. This wasn’t the simplest of puzzles, probably because of the double-unches and the cryptic definitions, but that didn’t stop it from being very enjoyable. My favourite clue was 1 across – let us know yours.

1a    Proverbially it implies madness (3,2,5)
{OUT OF SIGHT} – the second part of this proverb is a phrase that could mean madness – what is needed is the first part!

18a    Female carries oxygen pump, perhaps (4)
{SHOE} – put the female pronoun around O(xygen) to get the type of footwear of which a pump is an example (perhaps)

21a    Avoid established customs? (7)
{SMUGGLE} – a cryptic definition of avoiding HM Customs in order not to pay duty

22a    A short dress, mother, to say the least (7)
{MINIMUM} – a charade of a short dress and a mother gives a word meaning the least – even Rufus is allowed the occasional old chestnut, especially as Christmas is fast approaching!

27a    Turnover from two seasons, say (10)
{SOMERSAULT} – this acrobatic movement in which a person turns head over heels sounds like a charade of one of the four seasons and a seasoning added to food

29a    China’s sovereign race (5,5)
{CROWN DERBY} – this type of china, well-known to followers of Bargain Hunt, is a charade of a sovereign or monarch and a horse race 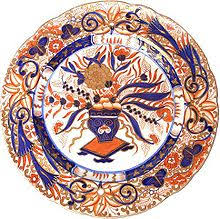 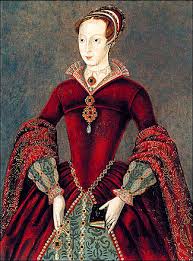 8d    Wake up at the back? (10)
{SLIPSTREAM} – a cryptic definition of the current of air driven back by an aircraft propeller 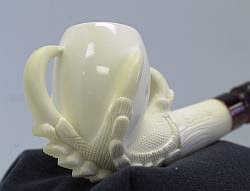 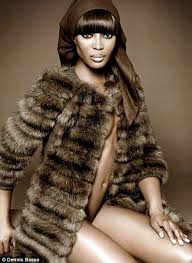 15d    This may cause a number to take up weapons (5)
{ALARM} – the whole of this all-in-one clue defines this state of fear – it’s a charade of A from the clue, a Roman numeral and a word meaning to take up weapons

19d    Top-quality work produced by Form 1C (7)
{CLASSIC} – this top-quality work of art is a charade of a form or stream in a school, the Roman numeral for 1 and C from the clue

23d    Resident at home with wife (6)
{INMATE} – this resident, in a prison perhaps, is a charade of a word meaning at home and a wife or partner

26d    Show emotion, seeing spring flower coming up (4)
{BLUB} – this word meaning to show a particular kind of emotion is derived by reversing (coming up in a down clue) something planted in Spring to produce a flower

Libellule will be back with Thursday’s review.