I found this to be one of Ray T’s tougher back-page puzzles. I put this down to misdirection as every clue was easily solvable.

11a    Favoured soft leg drive shot, taking single (10)
{PRIVILEGED} – an adjective meaning favoured or advantaged is built up from the musical term for soft followed by an anagram (shot) of LEG DRIVE into which (taking) I (single) is inserted

17a    Speaker restrained by aggressor, a Tory? (6)
{ORATOR} – this speaker is hidden inside (restrained by) the last three words of the clue …

20a    Caught by dearest, ran, getting divorce (8)
{ESTRANGE} – … and hidden iside (caught BY) this clue is a word meaning to divorce

23a    One’s against, not for resolution (10)
{ANTAGONIST} – in this semi all-in-one clue the person who is against the resolution is an anagram (for resolution) of AGAINST NOT

24a    Blur, British group (4)
{BLOT} – a word meaning to blur or smudge is a charade of B(ritish) and a group or collection 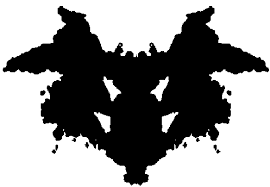 26a    She barely participates in game (8)
{STREAKER} – a cryptic definition of, for example, Miss Erica Roe

1d           Lady strips on top of stage, holding on (8)
{BARONESS} – this titled lady is created by putting a word meaning strips or undresses over (on in a down clue) the initial letter (top) of Stage and then inserting (holding) ON

2d           Exercise with cheat on steroids? (4)
{DOPE} – start with Physical Exercise and precede it with a two-letter verb meaning to cheat to get these steroids or drugs

3d           Dull flipping hollow rubbish! (6)
{TORPID} – a word meaning dull or lifeless is created by reversing (flipping) a hollow and some rubbish

5d           Opponent capturing rook on rook’s place on board (10)
{FORECASTLE} – start with a three-letter word for an opponent, insert (capturing) the chess notation for a R(ook) and then add the alternative name for this chess piece to get part of a ship below the deck, traditionally used as the crew’s living quarters 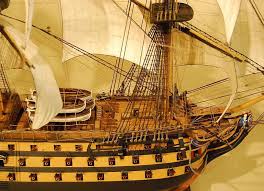 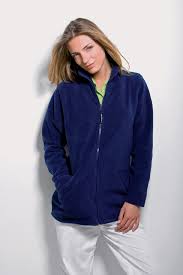 18d         Sound Queen turned up when single should end (8)
{REASONED} – an adjective meaning sound or logical is created by reversing (turned up) Elizabeth Regina and following it with a word meaning when, a single as a number and the final letter (end) of shoulD

19d         Heartless demons admitting depravity? (6)
{DEVILS} – inside D(emon)S without the internal letters (heartless) put depravity, then read the whole of this an all-in-one clue again for the definition

24d         Transport from Paddington, perhaps (4)
{BEAR} – a word meaning to transport or carry can also be an animal found at Paddington Station by the Brown family