Hola from the Vega Baja.   The usual Wednesday wizardry from Jay this week. Not too taxing on the whole but a couple of slightly tricky ones to keep us alert!  I did really enjoy this one though and there’s a lot of blue today. It must be the lack of stress from not having to try for ages to get into the website so thanks to BD and Phil for the new service! Just hope it’s not needed for too long.

Like last week the picture opportunities are a bit limited but my Technical Director has been taken back on as a consultant today (at exorbitant rates) and is currently searching for a suitable video clip for 22a so many thanks to her!

1a    Tolerate what a hippo may do after the end of rains (7)
{SWALLOW} – A word meaning tolerate, or put up with, is made up of what a hippo does in the glorious mud placed after S (end of rainS). 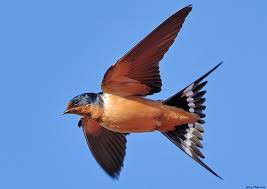 9a    Are U-boats destroyed without a destroyer? (8)
{SABOTEUR} – Take ARE U-BOATS and remove one of the A’s (without a) and then make an anagram (destroyed) of what’s left to get someone who destroys things.

10a    Vehicles carrying favourite rugs (7)
{CARPETS} –Take the usual teacher’s favourite and place it inside (carrying) some vehicles and you get a floor covering or mat.

11a    Set off for appointment outside school (8)
{DETONATE} – Definition is ‘set off’. Place an appointment, with your girlfriend perhaps, around (outside) crosswordland’s  favourite school. 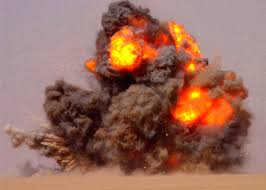 15a    Present limits of house rule (4)
{HERE} – A word meaning present or ‘in this place’ is the outer letters (limits) of HousE and RulE.  Not sure this really works, or perhaps I’m missing something!  Sure, ‘limits of house’ is HE but what’s to tell you that the limits of ‘rule’ are also required? Or is there another way RE can come from rule? Be interested in your opinions on this one.

21a    Female dentist’s paradise?  (4)
{EDEN} – Paradise is hidden in femalE DENtist.  The ? tells you that something strange is going on and the hidden word indicator is the ‘s at the end of dentist, meaning ‘of’ a female dentist.  I think this is a very clever clue and it’s my favourite this week!

22a    Initially dubious, target peeress’s job in school (6,4)
{DINNER LADY} – Start with D (initially Dubious), follow with the bit of an archery target at the centre  and then the title of a peeress. Split that lot (6,4) and you get the person in a school responsible for dishing up 21a in last week’s puzzle!  If you didn’t do last week’s puzzle, 21a was ‘semolina’. I still don’t like the stuff and I wish Jay would stop reminding me of it but I don’t mind being reminded of this TV programme!  Thanks pommette!

25a    One seeking political change — once soldiers get precedence (8)
{REFORMER} – The usual soldiers followed by a word for precedence, in the sense of earlier, gives someone wanting political change, they would usually claim it to be an improvement! I think this expanation just about works but here’s a better one from Gazza:-  Take a word meaning once, as in earlier, and before it (get precedence) put the usual soldiers. Thanks Gazza.

27a    Singer discovering mistress in a trance (7)
{SINATRA} – This singer is hidden (discovering) in mistresS IN A TRAnce.   I’ve come across this indicator before but I’m still not keen on it. What do you think? Not keen on the singer either now I come to think of it! 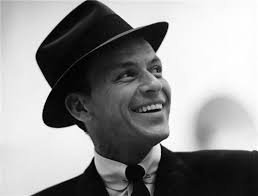 29a    One’s love to exercise is a small part of energy process (7)
{ISOTOPE} – Start with IS (one’s), then O (love), TO (from the clue) and the usual Physical Exercise and you get a particular form of an atom (small part) involved in the production of nuclear energy, or bombs for that matter.

2d    New hat? — everyone’s hiding indifferent expression (8)
{WHATEVER} – An expression showing indifference is hidden (hiding) in neW HAT EVERyone.  I like this clue. It accurately describes the reaction I got when I went to the local in my smart new baseball cap emblazoned with ‘La Vuelta a España’!

3d    Unbalanced badly spoiled daughter (8)
{LOPSIDED} – A word meaning unbalanced or off centre is an anagram (badly) of SPOILED with D(aughter). I think I may have met this girl!

4d    A former monk may be behaving badly (3,2,5)
{OUT OF ORDER} – Double definition.  A monk who had abandoned his monastery would certainly be this. It’s also a colloquial phrase meaning behaving badly.

5d    Good drink in pub giving you wind (4)
{GALE} – G(ood) followed by one of the usual alcoholic drinks gives a strong wind – force 8 on the Beaufort scale. I always found it was Marston’s Pedigree that did this to me! 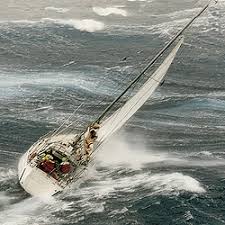 6d    Moody elk squashes rear of car (6)
{MOROSE} – The N. American name for an elk placed around (squashes) R (rear of caR) gives a word meaning moody or ‘down’.

8d    Gold cards given out in trials (7)
{ORDEALS} – Heraldic gold followed by a word meaning to give out cards, in a casino perhaps, results in some trials or tribulations.

11d    Developing a crick, he’d sit here? (9)
{DECKCHAIR} – An anagram (developing) of A CRICK HE’D gives somewhere you may sit, on a beach perhaps.  Ours certainly give me a crick in the neck! 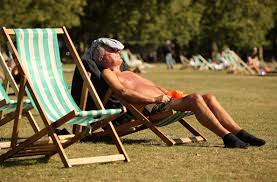 14d    Farmworkers from Madrid, say working around one (10)
{DAIRY MAIDS} – These people who work on farms, usually girls, are an anagram (working) of MADRID SAY with an I (around one). I don’t think you get many of these in Madrid!

17d    Television item from Slough following recent onset of salmonella (8)
{NEWSCAST} – This is a television item currently on the Beeb at 1800. Take a word for recent (3), S (onset of Salmonella) and after it place a word for slough in the sense of throw off.  I quite like the false capitalisation of Slough in this one but I think ‘outbreak’ would have worked and made the clue read better!

20d    Mostly felt fans suffering in arrest (7)
{SNAFFLE} – A word which might mean arrest, as in ‘get hold of’ is an anagram (suffering) of FEL (mostly FEL(t)) and FANS.  Not sure about the definition here – a bit ‘iffy’ IMO, unless Chambers says otherwise – still dropping hints to pommette but I think they fall on stoney ground!

23d    Itinerant worker chasing sin (6)
{ERRANT} – A word meaning itinerant, used long ago to describe travelling Knights, is a word for to sin or make a mistake followed by (chasing) the usual worker.

26d    Reported votes for vision (4)
{EYES} – A homophone to finish!  These organs to do with vision sound like (reported) the ‘votes for’ in a Parliamentary debate.

Lots of good clues here but my favourite is 21a – unlike last week!