Hola from the Vega Baja.  Another excellent Wednesday puzzle today. On the whole it’s not too hard but it does have the usual 2 or 3 of a distinctly tricky nature. I’ve given it 2* for overall difficulty but if you want to disagree just put your own rating in a post and I’ll average them all as I did last week.

10a.     Filter last of results in front of coach (8)
{STRAINER} – Take S (last of resultS) followed by a coach, in the sporting sense, and you’ll get a type of filter often used to catch tea leaves.

12a.     Master agents represented such powerful people (8)
{MAGNATES} – The usual abbreviation for Master of Arts followed by an anagram (represented) of AGENTS gives some powerful people, especially powerful businessmen. You nearly got a picture of Rupert Murdoch here but I thought better of it!

13a.     Writer crossing road finds somewhere to eat (6)
{BISTRO} – Take a common word for a ballpoint pen (writer) and place it around (crossing) the abbreviation for street (road) and you get a small, friendly restaurant.

15a.     Some is unusual — and rational — concerning tremors (13)
{SEISMOLOGICAL} –An adjective meaning to do with earth tremors is made up of an anagram (unusual) of SOME IS followed by a word meaning rational or clear thinking. Not keen on the surface reading of this one!

20a.    Horses jumping the Spanish ropes (6)
{BELAYS} – This is a nautical term for tying off a rope. Put some chestnut horses around (jumping) the Spanish word for ‘the’. Being a sailor I didn’t have any trouble with this one!

22a.     Most of shifts will incorporate a good competition for riders (8)
{DRESSAGE} – Think lady’s clothing! Take another word for shifts and remove the last letter (most of) and insert (will incorporate) A and G(ood) to get the first part of a 3 day event for horses.

24a.     Accountant — the ultimate in economy of hearing (8)
{AUDITORY} – The accountant who checks a company’s books at the end of the year followed by Y (ultimate in economY) gives an adjective meaning ‘to do with hearing’.

25a.     Catch childminder (6)
{SITTER} – This is the sort of catch that it’s very embarrassing to drop! It’s also a term for someone who looks after your children while you are out. I’ve dropped quite a few of these in my time! – upsets the bowler no end!

26a.     Blow up having made tiny changes (8)
{DYNAMITE} – An anagram (changes) of MADE TINY gives a word meaning to blow up, not inflate but explode! It’s also the stuff you may use to carry out said blowing up!

27a.     Criticises socks (6)
{KNOCKS} – Double definition. A word meaning criticises also means socks, in the sense of bashes or hits. It took all 3 checkers and a fair bit of head-scratching to get this one!

1d.     Smooth-talking host after case of sexism (6)
{SMARMY} – A word meaning smooth-talking or oily is a host, as in large body of men, placed after SM (case of SexisM).

2d.     The painlessness of drivers accepting leasing arrangement (9)
{ANALGESIA} – This painlessness is the initials of a motoring organisation placed around (accepting) an anagram (arrangement) of LEASING.

3d.     Software required by surgeon? (9,6)
{OPERATING SYSTEM} – The software that runs your computer is also something that a surgeon might be said to have. 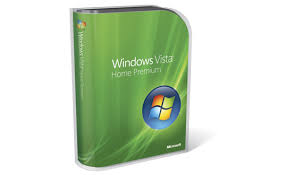 6d.     It is, isn’t it? (7,8)
{LEADING QUESTION} – This is an all-in-one (I think!). The whole clue is an example of the answer, something frowned upon by the judge when a barrister asks one in court. Tricky one to explain but it’s my favourite. It’s one of those where the clang of the penny dropping started dogs barking all round the village!

7d.     Popular idiot’s common supplementary question? (5)
{INNIT} – A ‘common’ way of saying the second half of the previous clue is also a supplementary and largely unnecessary question often added to the end of a statement of fact. It’s a charade of IN (popular) and NIT (idiot).  I wonder if Jay put these 2 next to each other to help me out! Not sure how I could have explained it without 6d!

14d.     Bill King perhaps supports mountain climbing (7)
{PLACARD} – Definition is bill, in the sense of an advert or something a demonstrator may carry. Take a Swiss mountain and reverse it (climbing in a down clue). After it place (supports) something that a king is an example of (king perhaps). Not 100% sure the definition works in this one.

17d.     Strike-breaking graduate on the way home for a weapon (8)
{SCABBARD} – The ‘home’ for your sword is a strike breaker followed by one of the usual graduates and the abbreviation for road.

21d.     City office is loaded (5)
{LADEN} – The abbreviation for the American city of Angels followed by and office or study gives a word meaning loaded.

23d.     Date sailor gets up for dash (4)
{DRAT} – Definition is dash, as an exclamation. An alternative is made up of D(ate) and one of the usual sailors reversed (gets up in a down clue). I said something a lot stronger than this when I realised I’d mis-typed 15a so was having a lot of trouble with 14d!