For me this was one of Ray T’s easier puzzles. As usual you need to think out-of-the-box for some of the answers

1a    With beagles, a ride turned out nasty (12)
{DISAGREEABLE} – an anagram (turned out) of BEAGLES with A RIDE gives an adjective meaning nasty

9a    Bowled over or knocked for six? (9)
{IMPRESSED} – both parts of this double definition are essentially the same – they are somewhat different results as far as a batsman is concerned!

10a    Supposed, say, one’s invited (5)
{GUEST} – a word that sounds like (say) supposed or suspected is actually someone that is invited

I couldn’t resist this vintage footage of the Fat Man

Different song, this time one you may not have heard by Buddy Holly

21a         Almost sick in change, getting butcher (8)
{MUTILATE} – put the first two of a three-letter word meaning sick inside a word meaning to change or transform to get one meaning to butcher or maim

28a         Brilliant Ant and Dec since broadcast around noon (12)
{INCANDESCENT} – A word meaning brilliant is derived by putting an anagram (broadcast) of ANT, DEC and SINCE around N(oon)

5d           Tree feller, one working for council (8)
{ALDERMAN} – combine a tree and a feller or chap to get a co-opted member of an English county or borough council, next in status to the Mayor

If you are English, be grateful he’s retired from bowling!

7d           Iron short skirts on time? Not her! (8)
{FEMINIST} – a charade of the chemical symbol for iron, some short skirts and T(ime) gives someone who would be unlikely to iron (or wear) the short skirts

How could I resist the opportunity? 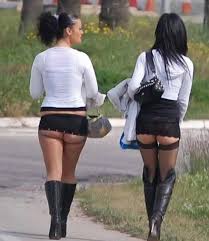 8d           Opinion from good man leading a new church (6)
{STANCE} – this opinion or viewpoint is a charade of Crosswordland’s usual good man, A, N(ew) and the Church of England

16d         Recognition of a battle on European cape (9)
{AWARENESS} – a word meaning recognition or perception is a charade of A, a battle, E(uropean) and a cape or headland

17d         ‘Indiana’, the man revealing aversion (8)
{ANATHEMA} – hidden inside (revealing) the first three words of the clue is an aversion

Workmen are like buses at times! We have two men fitting a new wood-burning stove in the lounge, two electricians rewiring the bedroom and the decorator, who was supposed to be doing the bedroom reallocated to the kitchen.

Update at 3.00pm: the kitchen is now finished and the wood-burner installed.

There’s still a fair bit of work to be done, but here is the stove and slate fireplace: