I’m sure that I’m not the only one who had trouble accessing Telegraph Puzzles today. Please send your complaints to the Telegraph, not that they will take any notice. It’s difficult to understand how, in the 21st Century, a website cannot cope with a few hundred concurrent users – but then it seems to have been designed by people who know more about attractive layouts than they do about crosswords and computer systems.

After a long wait to access the puzzle, it came as somewhat of an anti-climax, especially as I solved today’s superb Elkamere Toughie first. My main complaint about today’s puzzle is that the surface readings of most of the clues were gobbledegook! Take 6 down, for example – “British woman with rock bun that’s littered battle site (11)”. Compare this with Tilsit’s superb competition-winning clue for THE EXIT – “Poor Candy’s no longer in Sex and the City, sadly it’s what she was shown! (3,4)” .

9a    British island shortly joined by a state abroad (4)
{IOWA} – the shortened form of a British island is followed by A, from the clue, to get a US state

14a         Worker defending short aim before religious type, we hear, in game (4,3,4)
{HIDE AND SEEK} – put a worker (not an insect!) around most of an aim and finish with what sounds like (we hear) a follower of an Indian religious sect to get a children’s game

21a         Elder maybe brought round a backward province cadet (7)
{TRAINEE} – put the type of plant of which the elder is an example (maybe) around A, from the clue, and a province of the UK reversed (backward) to get a cadet

5d           Note last part of inquiry getting short-tempered (9)
{CROTCHETY} – a musical note, half of a minim, is followed by the final letter (last part) of inquirY to get an adjective meaning  short-tempered

12d         Class material seen in nightie a cad removed (8,3)
{TEACHING AID} – this material used in a school class is an anagram (removed) of NIGHTIE A CAD

15d         Service provided by director with intimates? (6,3)
{DINNER SET} – this matching crockery for serving a main meal comes from D(irector) followed by some intimates or close friends (5,3)

16d         A second circle of light coming up around lead in kitsch musical (8)
{OKLAHOMA} – A, a second or very short period and a circle of light around the head of a saint are reversed and then placed around the initial letter (lead) of Kitsch to get a well-known musical

17d         Republican First Lady holds bible classes for Amnesty (8)
{REPRIEVE} – put REP(ublican) and the world’s first lady around (holds) some bible classes to get an amnesty – and don’t be fooled by the irrelevant capitalisation! 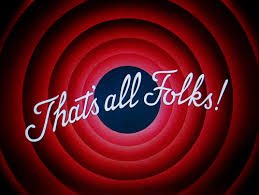 An anagram (sadly) of SEX AND THE CITY without the scattered letters (poor) of CANDY’S gives what Candy was shown.

[Candice Bergen, known as Candy, appeared in some episodes of the programme.]