Beam has given us another tough Toughie.  I wish that all Toughies were at least as good as this one!

7a Becoming so crude, churning over inside (8)
{DECOROUS} – a word meaning becoming or polite and restrained is an anagram (churning) of SO CRUDE with O(ver) inside

11a Vessel ‘Titanic’, one coming first in sea (10)
{BRIGANTINE} – to get this two-masted vessel atart with a word meaning Titanic, move the I (one) to the fromt and then insert it inside another word for the sea or salty water 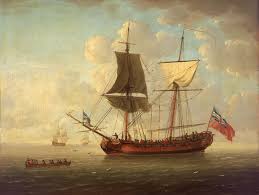 14a Pathetic record about love’s initial temptation I turned over (8)
{PITIABLE} – to get this adjective meaning pathetic or wretched put an old-fashioned vinyl record around the initial letter of Love, a temptation and I then reverse the lot (turned over)

15a ‘Beam’ taking time providing sign (6)
{RATIFY} – put a beam (our setter’s first name!) around T(ime) and a two-letter word meaning providing to get a word meaning to sign or authorize 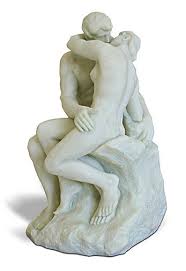 23a Referee’s rubbish skill one supporter backed (10)
{ARBITRATOR} – to get this referee string together rubbish (3), a skill (3) I (one) and a supporting garment then reverse the lot (backed)

24a Greek character with sublime exterior? (4)
{MUSE} – a two-letter Greek character is followed by the outside (exterior) letters of SublimE to get one of the nine goddesses of the liberal arts, daughters of Zeus and Mnemosyne

26a Agony containing laugh initially after ‘Tea, vicar?’ (8)
{CHAPLAIN} – put an agony around (containing) the initial letter of Laugh and after a colloquial word for tea to get a military vicar 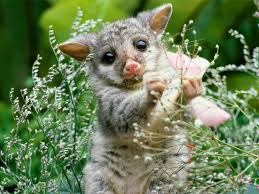 13d         Gourmet perhaps accordingly eats in, oddly outside (10)
{ENTHUSIAST} – a gourmet is an example of this person deeply interested in a particular subject – put a word meaning accordingly or therefore inside an anagram (oddly) of EATS IN

18d         Daily argument for couple? (8)
{DOMESTIC} – a daily or charlady is also how the police refer to an argument between a couple who are living together Those who think Ray T’s backpage puzzles ought to be Toughies should try this one!