Tilsit and I were going to share the honours today with me doing the across hints and him the downs, but it seems that he prefers the company of the pretty nurses at the hospital, so I’ve done his bit as well!

As is usual with an Elgar puzzle, there are too many excellent clues to be able to single out favourites.

This instruction is not needed in order to solve the puzzle, but provides a bit of extra fun after completion. The 18 refers to 18 down, not 18 across, and the 9-letter answers that are excluded include 28 across! In case you haven’t been able to do it, this bonus is unravelled at the end of the review.

7a    Lush chocolate bars Lawrence demolished, about fifty-one (9)
{ALCOHOLIC} – a lush is a habitual heavy drinker – you get him by putting an anagram (demolished) of CHOCOLA(TE) without the initials of Lawrence of Arabia (bars Lawrence) around the Roman numerals for fifty-one 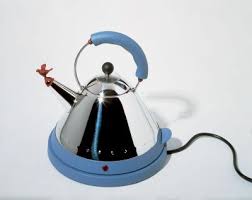 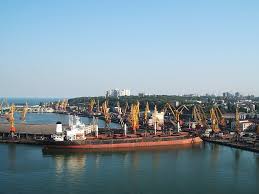 19a    East London journo wearing black coat (6)
{JACKET} – Cockneys come from East London, so drop the initial H from a journo (journalist) and put what’s left inside (wearing) a type of black to get a coat

21a    Particular hate — some rich interiors (6)
{ATOMIC} – a word meaning particular, or “of particles”, is created by stringing together the interior letters of the middle three words of the clue

24a    Comic sot tripping over one of strings (8)
{COSTELLO} – Lou, Bud Abbot’s fellow comic, is created by putting an anagram (tripping) of SOT inside a string instrument

26a    Not serious exercise in which family indulges (6)
{JOKING} – an adjective meaning not serious is derived by putting an exercise which involves running at a slow, steady pace around (indulges) a synonym for family 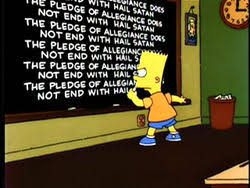 28a    Ample boobs cradling top novelist’s head? That might be Alice or Virginia! (5,4)
{PLACE NAME} – put an anagram (boobs) of AMPLE around (cradling) a word meaning top and N (Novelist’s head) to get what could describe a town like Alice or the US state of Virginia

2d           Love — nude and I get kinky in Worthing together (6-2)
{JOINED-UP} – put an anagram (get kinky) of O (love) NUDE and I inside The initials of Jack Worthing, one of the principal characters in The Importance of Being Earnest by Oscar Wilde gives a word meaning together

5d           Married at the back of the boat, nameless commander (6)
{MASTER} – a charade of M(arried) and the nautical term for at the back of a boat without the final N (Name less) gives a commander of, for example, a boat

13d         Engagement ring presented by unsupported Frenchman in Carmen (5)
{ARENA} – a ring inside which gladiators would engage is created by putting most of a typical French name, like M Artois in ‘Allo ‘Allo!, inside the emergency service that rescues stranded motorists

18d         Not, presumably, Henry VIII’s judgment! (8)
{THINKING} – split this as (4,4) and you get a description that certainly did not fit Henry VIII – the whole word means judgement or reasoning

23d         The other side broadcasting music issue (5)
{ENEMY} – the other side in a military action sounds like (broadcasting) a music magazine familiar to an editor and a setter!

25d         Just missing company, with regular exceptions (4)
{ONLY} – an adverb meaning just or merely is created by dropping the first and third letters (regular exceptions) from a word meaning sad because one is missing the company of friends

The anagram count today is 9 in 30 clues.

The eleven pairs of linked answers are: