Thursdays without Ray T can sometimes be very dull, but not today. We have an excellent replacement which I really enjoyed. I have been persuaded by Crypticsue to increase my original difficulty rating, so I’ll be interested to know what you think!

8a    In the Arctic a ‘rib’ ought to be carved reindeer (7)
{CARIBOU} – hidden (to be carved?) inside the clue is a type of North American reindeer

10a    Cheaply produced lace? (10)
{SHOESTRING} – cheap items can be described as produced on this – it’s also a lace to fasten footwear 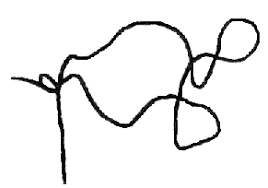 14a and 15a    ‘Road To Hell’ — with Rea a gig’s nicely raw (6,11)
{SINGLE CARRIAGEWAY} – this road is a cleverly worked anagram (to hell with) of REA A GIG’S NICELY RAW – for those who don’t know, “Road to Hell” is a track by Chris Rea that many think suitably describes the M25 (which is not the type of road in the answer!) 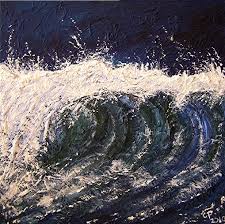 20a    Odd-jobber’s hinges tip and many back-to-front (8)
{HANDYMAN} – this odd-jobber is a charade of H (Hinges tip), AND and MANY with its last letter moved to the front (back-to-front)

25a    Former wife hacks organ? (7)
{EXPRESS} – a charade of a former wife and hacks or journalists collectively gives the name of a newspaper (organ)

Thanks to Qix for pointing out the surface reading!

1d    Desire hot instead of cold 7 soup (7)
{LECHERY} – to get this lustful desire you need an anagram (soup) of the answer to 7 across after H(ot) replaces a C(old) – the anagram indicator as well as the answer were borrowed from 7 across!

5d    Pharmacy’s daily record with entry for ‘shilling quills’ (10)
{DISPENSARY} – another name for a pharmacy is created by putting a daily record of events around (with entry) S(hilling) and quills, as in writing implements 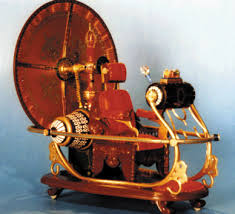 13d    One or two maybe are late (5,5)
{SMALL HOURS} – one or two refer to times after midnight that are late for some and early for others!

18d    Grease protects any rope (7)
{LANYARD} – put this grease or clarified fat around (protects) ANY to get a short rope used as a fastening (or a cord for hanging a knife, whistle, etc. around the neck) 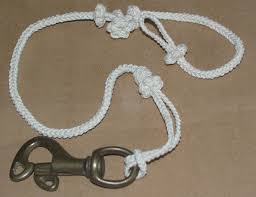