I presume that this one is by Jay, but I have to say that I didn’t derive as much enjoyment from it as I normally expect from his creations. It certainly seems to have a fair share of charades, together with a goodly dose of deletion-type clues – but lacks any real “Aha!” moment.

1a A Parisian wearing shoes shows off (7)
{FLAUNTS} – A French indefinite article contained in a pair of heelless American (according to Oxford) shoes produces a verb meaning parades oneself in an ostentatious way, in the hope of being admired.

5a Sound wood on a new item for collectors (7)
{ANTIQUE} – start with A plus the abbreviation for new and add to it a word fragment that sounds like a type of wood commonly used in furniture-making or ship-building to get something a collector might like to acquire.

9a Temporary work pass on the way (7)
{STOPGAP} – an abbreviation used to identify a musical composition plus another name for a mountain pass follow a common short form for a thoroughfare to give us a temporary way of dealing with a problem or satisfying a need.

10a Talk covering venue for carnival transport (7)
{CHARIOT} – this type of talk (nowadays often conducted online) about a large South American city famous for its Mardi Gras celebrations produces a type of transport that would have been found in ancient Rome.

11a Put a coat on and got drunk! (9)
{PLASTERED} – we need a word which is both a verb meaning spread thickly and and an adjective meaning inebriated.

13a Soldiers return wretched after end of conflict (5)
{TROOP} – reverse (return) a word used to denote inferior, humble or lowly and place it after the last letter in (conflic)T to obtain a group of soldiers, perhaps members of the cavalry

15a Order if based on evidence of trustworthiness (4,5)
{BONA FIDES} – this phrase meaning credentials is also an anagram (order) of IF BASED ON

17a People asking for northern paper in euros regularly going away (9)
{ENQUIRERS} – we are looking for a word meaning people seeking answers. To find it, we must insert a cardinal point plus two dozen sheets (or so) of paper into the odd letters of E(u)R(o)S (the even, or regular, letters having gone away).

19a Old-fashioned term ultimately applied to new seat (5)
{STEAM} – an apparently old-fashioned (but very British) term meaning old-fashioned (most often seemingly applied to supposedly antiquated technologies such as radio) is formed by applying the final (or ultimate) letter of (ter)M to the end of an anagram (new) of SEAT.

22a Offence caused by frost on top of car (5)
{CRIME} – start with the top of C(ar), which is still C even though this is not a down clue, and then add a thick, white frost to get an illegal act, the commission of which is punishable by law .

23a The vitality of a country with one million immigrating (9)
{ANIMATION} – a word that may describe the liveliness of cartoon characters (the ones on the big screen, not the ones in the newspaper) is a word sum of A plus another word for country into which we inject the Roman numeral for one plus an abbreviation for million.

25a Drain the insect bite? Difficult (7)
{TESTING} – the solution to this clue is difficult – or, at least, it is a word meaning difficult. Start by removing the contents of (draining) T(h)E and then add what is colloquially called an insect bite. In reality, the insect does not use teeth to inflict this wound, but generally something found at the other extremity of its anatomy.

27a Indicates comments written by case of defence (7)
{DENOTES} – a word meaning ‘serves as a sign, mark or indication’ is created from the outer letters (case) of D(efenc)E followed by a synonym for comments, perhaps those written in the margin of a book.

28a Depressed with leader being dismissed and thrown out (7)
{EJECTED} – remove (dismiss) the first letter (leader) from a word meaning sad or miserable to get another meaning thrown out (shown a red card maybe).

1d Loud American with skin infection is a bit of a worrier (7)
{FUSSPOT} – someone who worries excessively, especially over trifles, could be a charade of the musical direction for loud plus another term for American plus an eruption on the skin or pimple.

2d Mainly outspoken during fuss getting fruit (7)
{AVOCADO} – this fruit, the main ingredient in guacamole, is formed by placing most (all but the last letter) of a word meaning expressing opinions or criticism freely and forcefully inside a synonym for fuss.

3d Nearly finish project when getting dark (5)
{NIGHT} – a somewhat antiquated term for near is followed by the final letter (finish) of (projec)T to give us that part of the daily cycle when “the sun don’t shine”.

4d Story of the Home Counties can be split into parts (9)
{SEPARABLE} – ironically, a word denoting that something can be taken apart is formed by putting together the geographical location of the Home Counties and a story which is realistic but usually made-up, intended to convey a moral or religious lesson.

6d Compromises wreck sad effort (5-4)
{TRADE-OFFS} – the definition here is “compromises” (a noun, as in agreements involving concessions, not a verb meaning scandalises) and it is an anagram (wreck) of SAD EFFORT.

7d Made a clever remark, having the right gear — but missing first (7)
{QUIPPED} – a verb meaning made a witty retort remains when the first letter is removed from another word for outfitted.

8d Lands in eastern America (7)
{ESTATES} – yet another simple charade in which a colloquial term for America (the nation rather than the continents) is appended to a cardinal point.

14d Tariff indicating penny on staple food — keel over (5,4)
{PRICE LIST} – this enumeration of charges is (guess what) a charade of an abbreviation for penny plus a food staple particularly associated with the orient plus a lean to one side (as with a ship)

16d Lack of knowledge of Geordie technology (9)
{NESCIENCE} – this formal term for ignorance or lack of knowledge is a charade of the geographical area where one would find Geordies plus a word that is perhaps colloquially applied to mean technology but which formally means “the systematic study of the nature and behaviour of the material and physical universe, based on observation, experiment, and measurement, and the formulation of laws to describe these facts in general terms”.

17d Went out across cape, seething with emotion (7)
{EXCITED} – one might get stimulated by inserting a C(ape) into a word meaning left or departed (or what the American Space Program would called egressed)

18d Showing a profit from tobacco? Wrong (5,2)
{QUIDS IN} – this very British term meaning well-off or in a profitable or advantageous position would, if numerated (4,3), be a breach of tobacco-chewing etiquette.

20d Favouring the few, for title is in dispute (7)
{ELITIST} – an anagram (in dispute) of TITLE IS gives us an adjective signifying favouring or creating the best, most important or most powerful people within society.

21d Ran a horse into the sea (7)
{MANAGED} – place A plus a broken-down old horse in the waters between Europe and Africa to get a word meaning was in overall control or charge of .

23d Article, for example, on one’s patronage (5)
{AEGIS} – Let’s squeeze in a couple more charades. In this one, a word meaning protection or patronage is a word sum of A plus a shortened form of the Latin expresion exempli gratia plus the Roman numeral for one plus S (from the ‘s).

My favourite clue today would have to be 18d. Not only is it a rather intriguing British expression that I had never before encountered, but I must say I had a bit of fun writing the hint for it.

… but apparently it is {two twos are four} – how boring! 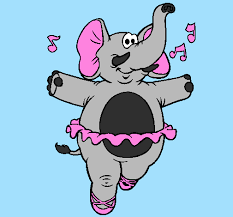