Hints and tips by Pommers

Apologies for being a little late this morning but there has been something of a panic in the pommers household! I got the clues for this last night but not the grid. Telegraph puzzles wouldn’t let me in this morning so I started trying to solve it ‘cold’! Managed about half before Gnomethang came to the rescue so many thanks to him! I’d never have got some of these without the checking letters. Then to cap it all I lost my internet connection for about half an hour!

The usual excellent Wednesday puzzle (presumably from Jay) which I can’t say I’ve done justice to because of the problems.
I’m sure you will enjoy it more than I did – think I’ll go for a lie down now!

I’ve marked my favourites in blue.

1a Upper House journalists regularly quarrel to get influence (4,8)
{PEER PRESSURE} – This is a sort of influence that comes from your friends and colleagues and is what started me smoking! A member of the Upper House of parliament followed by a collective noun for journalists and the alternate letters (regularly) of qUaRrEl.

9a No mum gets worried in, say, London society (9)
{COMMUNITY} – An anagram (gets worried) of NO MUM in something that London is a large example of gives another term for society.

10a Exclaims that male is discharged from offences (5)
{CRIES} – Definition is exclaims. Take a word for offences and remove (discharged) the M(ale).

11a Idiot welcomes return of information technology application (6)
{LOTION} – This sort of application which you may put on your skin is formed by taking the acronym for Information Technology, reversing it (return) and inserting (welcomes) into a term for an idiot or lunatic.

12a Violent pub full of old swine (4,4)
{WILD BOAR} – This member of the pig family still lives in Spain. Start with a word for violent or uncontrolled (4) followed by a word for a pub with O(ld) inserted (full of).

13a Serving no alcohol outside key spot (6)
{DESCRY} – This is a rather obscure word meaning “to discover; perceive; detect”. Take a term for not serving alcohol (ships in the US navy are referred to as this) and put it around (outside) the top left key on your keyboard. I’ve never heard this word before!

15a College once chasing old record for game (8)
{MONOPOLY} – Take a colloquial term for a type of college that have all become universities in recent years and place it after (chasing) a description of an old record from the days before stereo to get a popular board game involving the buying and selling of property. I still have a copy of “With the Beatles” that’s this type of record.

18a Suitable charge applied after emptying canal’s rubbish (8)
{CLAPTRAP} – A term for rubbish, as in stupidity, is made up of C(ana)L (emptying canal) followed (after) by a word for suitable (3) and a slang word for charge in the legal sense.

19a Vague total of order from menu (3,3)
{DIM SUM} – Something you may order from a Chinese menu is a word for vague and a word for total.

21a One present from list pinched by a supporter (8)
{ATTENDEE} – Someone who is present, at a meeting say, is made up of A, a supporter you may use for your ball on a golf course with a word for to list inserted (pinched by).

23a A way of stealing one run in fast-moving surroundings (6)
{PIRACY} – a way of stealing in the sense of illegal copies of DVDs etc. Take a word for fast moving and insert I and R(un).

27a Do better than granny, accepting degree from the boss (3,6)
{TOP BANANA} – An informal term for the boss. Take a word meaning to do better than and a way a child may refer to a grandmother and insert one of the usual degrees.

1d Preserve decency principally if out of it (7)
{PICKLED} – The nicely concealed definition here is Out of it, in the sense of being drunk. Take a type of edible preserve and add the first letter (principally) of D(ecency).

3d Oligarch’s clout curiously admitted by fool (9)
{PLUTOCRAT} – An anagram (curiously) of CLOUT inserted (admitted) into a fool or idiot gives another word for Oligarch.

5d Clergyman and broadcaster on trial (3,5)
{SKY PILOT} – A satellite broadcaster (3) and a trial, perhaps a trial episode of a TV series, is a slang term for a military padre.

6d Finally escaped after people ran (5)
{RACED} – The last letter (finally) of escapeD after a word for people or nation gives another word for ran.

7d Part of Indonesia — nothing America finds fearful (8)
{TIMOROUS} – A word for fearful used by Rabbie Burns to describe a wee beastie is made up of an Indonesian island, O (nothing) and the abbreviation of America. 8d Lost a bearer crossing west of Senegal (6)
{ASTRAY} – Definition is lost. Take A and a bearer, in the sense of something you may use to carry things, and put them around (crossing) the S from Senegal (west of).

14d Head off prize-winning ticket salesman (5,3)
{START OUT} – Take a word for prize winning or excellent (4) and a salesman who might sell you a very expensive ticket for Wimbledon or the Cup Final (4) and split it (5,3) to get a phrase meaning head off or set off.

17d Mum’s and dad’s friend stifling a tear (8)
{PARENTAL} – Something of your mum and dad is a friend around (stifling) A and a word for a tear or rip.

20d Reasonable support for month in property of 15 (7)
{MAYFAIR} – The most expensive property on the board of 15a is a month followed by (support in a down clue) a word meaning reasonable or just.

22d International leader once raised female on sport (5)
{NEHRU} – This past leader of India is a female bird reversed (raised in a down clue) followed by the abbreviation of a game played by gentlemen with odd shaped balls. 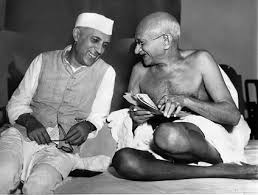 24d Halt a vessel full of sulphur (5)
{AVAST} – A nautical term for stop is a container with S (sulphur) inserted (full of).

25d Large-scale source of power in shifting ice (4)
{EPIC} – Something on a large scale (a Charlton Heston movie perhaps) is P(ower) inserted into an anagram (shifting) of ICE.


I enjoyed all the ones in blus but favourite is 14d. Is it my imagination or are there a lot of insertion clues in this?