Toughie No 535 by Warbler

Have a drink on me!

I noticed while solving this puzzle that the answers included a number of alcoholic drinks, but failed, until it was pointed out, to notice that they were all around the periphery of the puzzle, hence the clue for 4 down.

1a    One who sounds partial to a drink (5)
{CIDER} – a word that sounds like someone who is biased is actually a drink – I think the clue would read better without the “a”: what do you think?

4a    Nun’s time to embrace libation (6,3)
{CLARET CUP} – a charade of a member of an order of nuns, T(ime) and a word meaning to embrace leads to a drink made up of iced wine, brandy, sugar, etc.

9a    Soldier accepts uniquely modern decoration (9)
{ADORNMENT} – put an insect of which soldier is an example around (accepts) an anagram (uniquely) of MODERN to get a decoration – I’m not at all sure that “uniquely” works as an anagram indicator; surely if it’s unique there can’t be any anagrams

11a    Parking right here in Paris, close to Seine river, is more expensive (7)
{PRICIER} – a charade of P(arking), R(ight), the French (in Paris) for “here”, the final letter (close) of Sein)E and R(iver) gives a word meaning more expensive

15a    Unorthodox fighter in corrupt ring. What’s up? (8)
{SOUTHPAW} – this unorthodox boxer, who leads with his right hand rather than the more usual left, is an anagram (corrupt) of O (ring) WHAT’S UP

18a    Performing, without aid of US, European men’s blues group (8)
{ENSEMBLE} – an anagram (performing) of E(uropean) MEN’S BL(U)E(S), without the letters U and S, gives a group – it is general accepted that non-contiguous letters can be removed from the fodder without a second anagram indicator as long as they are in the same order

20a    In Italy police initiate summons before I take wife back (6)
{SBIRRI} – these Italian policemen are derived by starting with the first letter (initiate) of S(ummons) and following it with I R (recipe / take) and a word for a wife (based on how Eve came into being: Genesis 2.21–23) all reversed

24a    Idiotic like one in pub a touch ebriated (7)
{ASININE} – an adjective meaning idiotic is built up from a synonym for like, I (one) inside a pub and finally the first letter (a touch) of E(briated)

26a    Vital part of newspaper? (5)
{ORGAN} – a double definition – a vital part of the body and means of communicating information or opinions, e.g. a newspaper

27a    Sharing out half of territory in Hilton paradise (7-2)
{SHANGRI-LA} – an anagram (out) of SHARING is followed by the first half of a four-letter word meaning territory to get an earthly paradise, as described in James Hilton’s Lost Horizon

28a    Sailor’s 26 potentially a Spanish red (9)
{TARRAGONA} – a three-letter word for a sailor is followed by an anagram (potentially) of the answer to 26 across and A to get a a sweet fortified Spanish red wine – one of Pommer’s tipples?

29a    At SW19 did Fred serve this? (5)
{PERRY} – for the handful of you that didn’t know, Wimbledon is in the SW19 area of London – the answer is a drink that happens to be the surname of Britain’s last Wimbledon gentlemen’s singles champion

1d    Field in Provence eradicated vipers entangled in scattered grape vines to produce this (9)
{CHAMPAGNE} – in this semi-all-in-one clue, the French (in Provence) for a field is followed by an anagram (scattered) of GRAPE VINES without (eradicated) the various letters (entangled) of VIPERS to give a drink made from grape vines– unlike 18 across, the letters to be removed here are not in the same order in the fodder, hence the need for a second anagram indicator 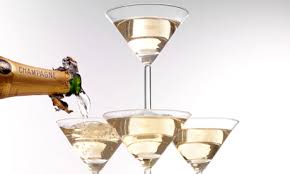 14d    Runner seems green, energies depleted after exertions (9)
{MESSENGER} – this person employed to run errands is an anagram (after exertions) of SEEMS GRE(E)N without one of (depleted) the E(nergie)s

16d    Daily whet? It’s a cocktail (5,4)
{WHITE LADY} – an all-in-one clue where an anagram (cocktail) of DAILY WHET is described by the whole clue 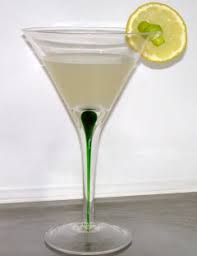 21d    Educate British in dog rearing (5,2)
{BRING UP} a phrasal verb meaning to educate is built from BR(itish), IN and a type of dog reversed (rearing, as this is a down clue)

22d    Style of hat to wear in the country (6)
{PANAMA} – as everyone knows, these hats, made of plaited strips of the leaves of a South American cyclanthaceous plant, come from Ecuador not the country after which they are named!

One complex anagram is more than enough – but four is three steps too far. I still enjoyed the puzzle