I enjoyed this puzzle from Kcit although it didn’t take up much of my morning!

12a    Chaotic sea, mostly coming in weak, without power (6)
{UNTIDY} – to get a word meaning chaotic put most of the ebb and flow of the sea inside a word meaning weak without its initial P(ower)

13a    A floundering enterprise? (4,4)
{FISH FARM} – a cryptic definition of an enterprise that could be rearing flounders

15a    Seduced cashier led astray, ignoring one’s flat feet (6,6)
{FALLEN ARCHES} – a word meaning seduced or disgraced is followed by an anagram (led astray) of CASH(I)ER without the I (ignoring one’s) to get a cause of flat feet

18a    My kitchen’s hazy with a bit of cooking — it needs this! (7-5)
{CHIMNEY-STACK} – an anagram (hazy) of MY KITCHEN’S with A and C (bit of cooking) gives something that might reduce the haze – both Chambers and the OED give this as two words without the hyphen 1d    Select elevated answer (4,2)
{PICK UP} – a words meaning to select and elevated are combined into a phrasal verb meaning to answer a phone

2d    Female demon left one in flames (hot) (6)
{LILITH} – this female demon of Jewish folklore, who tries to kill newborn children, is a charade of L(eft), I (one), a word meaning in flames and H(ot) – this name was appropriately chosen for Frasier’s wife in Cheers 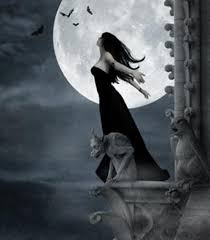 3d    Excellent sailor’s turned in some booze (5,7)
{GRAND MARNIER} – a word meaning excellent is followed by a sailor with the internal letters IN reversed to get a liqueur

5d    One article in Latin (translated) worried about the local architecture? (10)
{ITALIANATE} – start with I (one) and then put an indefinite article inside an anagram (translated) of Latin and end with a verb meaning worried or aggravated to get a word meaning about the architecture local to where Latin was spoken 7d    Notice Bill seized by two men? That’s a problem (8)
{HEADACHE] – put a notice and a bill between two male pronouns to get a problem

11d    Not much to sustain a hung parliament? (5,7)
{SHORT COMMONS} – a part-cryptic double definition – an insufficient allocation of food and a suggestion that a hung parliament would not last long

14d    One’s brought down in sport? Bet the swine will come in running once (4,6)
{CLAY PIGEON} – a saucer-shaped disc thrown from a spring-loaded trap and shot at as a substitute for various types of game bird is created by putting a word meaning to place a bet and a swine inside an anagram (running) of ONCE 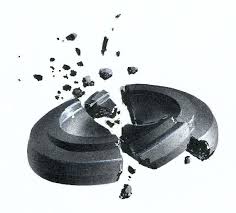 16d    Man still working is holding out, after reduction in plant (8)
{SCABIOUS} – start with a strike-breaker and then put IS around (holding) OU (out, after reduction) to get a plant of the teasel family, long thought efficacious in treating skin diseases 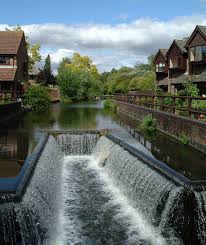 19d    City information was elusive? Not half (6)
{GENEVA} – this Swiss city is a charade of some information and the first half of a word meaning was elusive

A pleasant puzzle, about the level of difficulty that we have become accustomed to on a Tuesday.