I hadn’t expected another Ray T puzzle as we had one last week – all the usual signs are there, so it must be him. For me, the best challenge of the week – and not a single answer of less than five letters!

1a    One with lager, drunk here (8,4)
{WATERING HOLE} – an anagram (drunk) of ONE WITH LAGER gives somewhere that lager may be drunk

9a    Liberal flesh with Sun, I fancy (9)
{UNSELFISH} – a word meaning liberal or generous is an anagram (fancy) of FLESH SUN I

11a    Wonders, seeing secretary bird with old males caged (9)
{PHENOMENA} – these wonders or spectacles are constructed by putting a secretary (2) around (caged) a bird, O(ld) and some males

19a    ‘Small step’ before second in Apollo 11? (9)
{SPACESHIP} – this charade of S(mall), a step, S(econd) and in or popular leads to something of which Apollo 11 is an example – the “definition by example” is indicated by the question mark 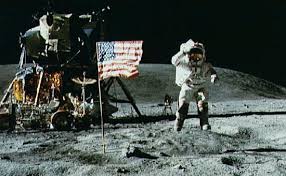 25a    Food fanatic keeping fit, even empty (9)
{NUTRIMENT} – this food is constructed by putting a fanatic (3) around a word meaning fit or slender and EN (EveN empty)

26a    Here Americans lost, almost massacred outright initially (5)
{ALAMO} – the initial letters of the centre five words of the clue give the site of the battle in which Davy Crocket and Jim Bowie, among others, lost their lives 27a    First clue from a setter, not so tricky (7,5)
{ROSETTA STONE} – a phrase meaning a first clue, based on the name of the tablet, found in Egypt in 1799, which carried the same inscription in hieroglyphics and demotic script and also in Greek and thus enabled a beginning to be made in deciphering hieroglyphics is an anagram (tricky) of A SETTER NOT SO 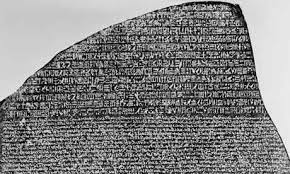 2d           Japanese city moving up to capital (5)
{TOKYO} – start with a Japanese city, famous for an agreement aimed at fighting global warming, and move the letters TO from the end to the beginning (moving up, in a down clue) to get the capital off the same country 5d           Dig pit first around end of cheese plant (9)
{HELLEBORE} – one of the last to go in for me – a word meaning to dig, as in to dig an oil well, is preceded by a pit or abyss and the two are separated by E (end of cheesE) to get a plant of the buttercup family

6d           River one’s found in legends (5)
{LOIRE} – this French river is created by putting I (one) inside legends or a body of traditions, typically passed from person to person by word of mouth 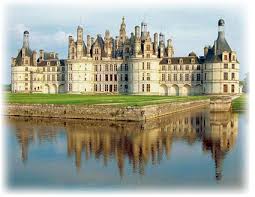 7d           Good man leading English party producing numbness (12)
{STUPEFACTION} – a charade of the usual abbreviation for a good man (2), a word meaning leading or in front (2), E(nglish) and a party or group gives a noun meaning numbness

14d         Send home former wife, deal with it inside (9)
{EXTRADITE} – this word meaning to forcibly send home is derived from a former wife and a verb meaning to deal placed around around IT

21d         As before, single abstainer in party (5)
{DITTO} – a word meaning as before or the same thing again is constructed by putting I (single) and someone who abstains from alcohol (2) inside a party

I really enjoyed this one!