Unless I’m very much mistaken it’s Shamus today with one of his enjoyable pangrams. I found it a bit more difficult than normal but not sufficiently so to put into 4-star territory. How about you? – let us know what you thought in a comment!
If you need to see an answer just highlight the space between the brackets under the relevant clue.

1a  Guarantee truce is broken before start of year (8)
{SECURITY} – something that’s pledged as a guarantee is an anagram (broken) of TRUCE IS followed by the first letter (start) of Y(ear).

9a  Facility offering support when brass is depleted? (9)
{OVERDRAFT} – cryptic definition of a facility that you may be offered (and pay through the nose for) when your funds are running low (brass here being a slang term for money).

11a  Animal sheltering in hot terrain (5)
{OTTER} – this fish-eating animal is hiding (sheltering) in the clue.

13a  Reckless Knight starts to incite kids entering a labyrinth (8)
{KAMIKAZE} – this adjective meaning reckless (to the point of being suicidal) starts with one of the abbreviations for knight, then this is followed by the first letters (starts to) of Incite Kids which are contained in (entering) A and a labyrinth.

15a  Suffering similarly after a joint embarkation? (2,3,4,4)
{IN THE SAME BOAT} – cryptic definition of a phrase meaning to be in unfavourable circumstances identical to those suffered by other people.

18a  Repressive period referring to revolutionary men (5,2,6)
{REIGN OF TERROR} – the period of great repression during the French Revolution, when Madame La Guillotine was working overtime, is an anagram (revolutionary) of REFERRING TO followed by the abbreviation for other ranks (men).

22a  Friend put about a lie largely describing minister’s role? (8)
{PASTORAL} – an adjective describing a minister’s role in caring for the general well-being of his or her flock is a synonym for friend around (describing) A and another word for a lie without its final Y (largely).

23a  The man after endless fast food in France (6)
{QUICHE} – put a masculine pronoun (the man) after a synonym for fast without its final K (endless) to get food in France (now eaten by real men everywhere, not just in France).

26a  Invalid having had a bypass (5)
{AVOID} – an adjective meaning invalid or not legally binding is preceded by (having had) A to make a verb meaning to bypass.

27a  Wealthy figure working in rear in feat that’s not mentally demanding (2-7)
{NO-BRAINER} – a slang term for a wealthy person is followed by an anagram (working) of IN REAR to make an informal term for a task requiring little mental effort.

28a  Last couple of points made by rude delinquent (6)
{ENDURE} – the definition here is last, as a verb. Two cardinal points are followed by an anagram (delinquent) of RUDE.

29a  Retired disc jockey keeping English thoroughly entertained initially describing a ring? (8)
{JEWELLED} – this is an adjective that may be used to describe a ring (the sort with a diamond, say). Reverse (retired) the abbreviation for disc jockey and inside (keeping) put E(nglish), a synonym for thoroughly and the first letter (initially) of E(ntertained). My attempts to get DLT into the answer were unsuccessful! 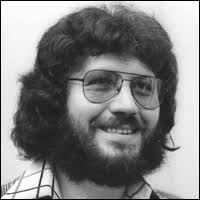 And specially for Gari …

1d  Occasional winding road encountered during short season (8)
{SPORADIC} – I started off by trying to use Spring (one of the four seasons that we had in the Sunday Cryptic) but what we actually need is season as a verb, meaning to add flavour. Drop the last letter of this (short) and inside it (during) put an anagram (winding) of ROAD.

2d  Firm retaining radical set of beliefs (5)
{CREDO} – the abbreviation for a firm contains (retaining) the colour associated with radicalism to make a set of beliefs.

3d  European barred by form of repeated bureaucracy (3,4)
{RED TAPE} – the definition is bureaucracy. It’s an anagram (form) of REP(e)ATED without (barred) E(uropean).

4d  Carrier in river flanked by another (4)
{TRAY} – this carrier is what your butler might use to carry in your cucumber sandwiches. Around R(iver) put the name of the Scottish river immortalised by the great McGonagall.

8d  Sailor to understand objective (6)
{TARGET} – a charade of one of the many abbreviations for a sailor and an informal verb to understand forms what you’re aiming at (objective).

10d  Compromise effectively disappointing customers? (5-3)
{TRADE-OFF} – double definition, the second a semi-cryptic way of saying that a company is not open for business.

14d  Principal volunteers with popular support (8)
{MAINTAIN} – a verb meaning to support is a charade of a synonym for principal, our part-time army and a word meaning popular or trendy.

19d  Suitable like person of habit? (2,5)
{IN ORDER} – double definition, the second a cryptic definition of where you would find a person in a habit.

20d  Aussie bird seen over dead ape (7)
{EMULATE} – this Aussie bird is not Sheila but a feathered variety that cannot fly. Put it in front of (over, in a down clue) an adjective meaning dead to form a verb meaning to ape. 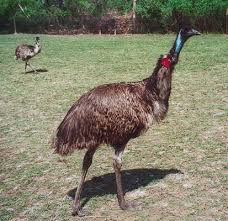 21d  Understanding university kept a new version (6)
{UPTAKE} – we want a noun meaning understanding (normally preceded by “quick (or slow) on the”). It’s U(niversity) followed by an anagram (new version) of KEPT A.

24d  Body of water, lake beneath miraculous site (5)
{CANAL} – a waterway is made by putting L(ake) after (beneath, in a down clue) the biblical wedding place where water was apparently turned into wine (miraculous site).

25d  Clever story fellow dropped (4)
{ABLE} – start with a story (one by Aesop, perhaps) and drop the initial F(ellow).

I liked 7d and 20d today but my favourite clue was 27a. Let us know what you liked in a comment.