It wasn’t long before I realised I was solving a Ray T puzzle. A glance at the Quick crossword confirmed my suspicions. I’m sure some will disagree, but I found this to be easier than average for this setter – perhaps it’s just that I am so used to his style.

9a    Tramp taking Independent papers (7)
{DOSSIER} – put a tramp around (taking) I(ndependent) to get these papers – dodgy ones, perhaps 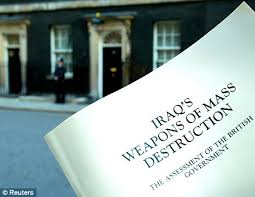 14a    A battle by English head to provide knowledge (9)
{AWARENESS} – a charade of A, a battle and a headland gives knowledge or understanding

19a    Suffer getting enclosed by mongrel (5)
{INCUR} – a verb meaning to suffer or bring upon oneself could mean enclosed by a mongrel if split (2,3)

21a    Sermon, eg lecture, revealing omission (7)
{NEGLECT} – hidden inside (revealing) the first three words of the clue is a synonym for omission

23a    Opposition’s annoyance about rhubarb (7)
{PROTEST} – this opposition or dissent is derived by putting an annoyance around rhubarb, in the sense of rubbish

24a    Goddess of, in foreign land, poetry (7)
{DEMETER} – the Greek goddess of agriculture and corn is a charade of the French for “of” and verse or poetry generally

25a    Throw hand back before over for game (7)
{DIABOLO} – reverse words meaning to throw and to give a hand and follow them with O(ver) to get a game in which a two-headed top is spun, tossed, and caught on a string attached to two sticks

26a    Brilliant ancestry of ancient people (12)
{INCANDESCENT} – a word meaning brilliant or white-hot could, if split (5,7) be the ancestry of an ancient South American people

4d           Limits fish caught by ship (5)
{SIDES} – these limits are derived by putting a fish, closely related to the chub, in the middle of Crosswordland’s usual ship

10d         Record from Queen turned up, helping about sense (12)
{REGISTRATION} – this record is constructed by putting the Queen reversed (turned up) and a helping around the sense or main point

20d         American singer also going up in smoke? (7)
{CHEROOT} – after this American, famous for duets with Sonny Bono and as a solo singer and actress, put a word meaning also reversed (going up) to get something to smoke

Off this afternoon to Specsavers to pick up my new specs.  See you (more clearly) later!