Toughie No 466 by Osmosis

This was a struggle – but well worth the effort.  A true Toughie from Osmosis with many of those penny-drop moments.

9a    During 5 out of 6 deliveries, enclose batsman (6)
{OPENER} – inside (during) a set of six deliveries in cricket without the V (5 in Roman numerals) put a word meaning to enclose to get either of the first two batsmen

11a    Energy used by medium in bar, regressing behaviour in US (8)
{DEMEANOR} – put E(nergy) and medium or average inside a bar which is reversed (regressing) to get the American (in US) spelling of a word meaning behaviour or conduct 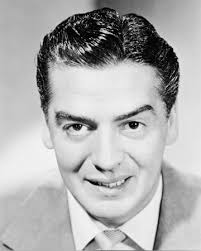 13a    A dip around the Aegean islands? (12)
{TARAMASALATA} – a cryptic definition of a pink creamy Greek dip made of smoked cod’s roe with olive oil and garlic

16a    Roger’s in mess with almond, cooking meal (6,6)
{SMOKED SALMON} – put OK (Roger in signalling) inside an anagram (cooking) of MESS and ALMOND to get this fishy meal

21a    Lots of GB society bare torsos, some getting reaction (8)
{TERABYTE} – a unit of storage capacity equal to 1,024gb (lots) is hidden (some) and reversed (getting reaction) in the clue

23a    With tenor replacing contralto, camp pianist let loose (8)
{LIBERATE} – start with a camp pianist, the one who loved chandeliers, and replace the C (contralto) in his name with a T (tenor) to get a verb meaning to let loose 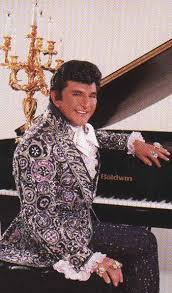 25a    Muscle Beach — regulars seen in endless strut, rippling (6)
{RECTUS} – a muscle is constructed by putting the even (regular) letters of bEaCh inside an anagram (rippling) of an endless STRU(T)

26a    Star Trek character heading off to obtain separate clothing — like this? (4,4)
{POLO NECK} – drop the initial letter (heading off) the Vulcan in Star Trek and then put it around (clothing) a word meaning separate or isolated to get an item of clothing with a particular collar

5d    Drug break indicated to guitarist? (7)
{NOSTRUM} – a medicine prepared by an unqualified person, especially one that is not considered effective, if split (2,5) could indicate to a guitarist that he should take a break

13d    Force retailer, not starting car, to recharge batteries? (4,1,4)
{TAKE A SEAT} – a charade of a volunteer force, a Swedish retailer without its first letter (not starting) and a Spanish make of car gives a word meaning to sit down in order to recharge one’s batteries

14d    Record company occupies banks of Stour river in Green Belt? (4-5)
{SEMI-RURAL} – put a record company inside SR (banks of StouR) and follow it with a river that flows through Kazakhstan to the Caspian Sea to get a word meaning in the Green Belt 18d    Still blissful, having abandoned the city (6)
{STATIC} – a word meaning still or motionless is a synonym for blissful without (having abandoned) EC (the postcode of the City of London) That makes it two Friday puzzles in a row for me – and both superb.  Tilsit hopes to be back next week (he was planning to escape from hospital today).