Toughie No 460 by Firefly

Mounted but not Stuffed

It’s not the toughest of Toughies from Firefly today, but nor is it a walk in the park. I enjoyed it, although I do dislike 26a which is one of those clues where you can’t know the answer until you have a checking letter.
As always comments are most welcome, and please take the time to click on one of the stars below (number five if you adored it, number one if you hated it, or somewhere in-between).

1a  Growth of pack animal? (8)
{GANGLION} – a benign swelling (growth) is a charade of a group or pack and a big cat.

6a  Stick with setter, say? That’s dim! (6)
{GLOOMY} – an adjective meaning dimly lit is made from two homophones (say) – firstly a verb meaning to join with adhesive (stick) and then how the setter would refer to himself.

9a  Handwriting he’s extracted from broken pitchers (6)
{SCRIPT} – remove HE from PITC(he)RS and make an anagram (broken) of what’s left.

11a  Network takes first of emissaries for Thailand captive (8)
{INTERNEE} – start with the network that you’re using to read this and replace the IVR code for Thailand with the first letter of E(missaries) to make a captive.

12a  Difficult situation from former engagement (6)
{PLIGHT} – an archaic word for an engagement is also a modern word for a difficult or dangerous situation, although the two have completely different derivations. I did hear a vague rumour about an engagement yesterday but there didn’t seem to be much about it on the news

13a  Risking a fight – as the cowboy was with his horse? (7-5)
{TRIGGER-HAPPY} – a phrase meaning ready to react violently at the slightest provocation could also, cryptically, be the sentiments of the cowboy Roy Rogers towards his horse. Although Roy died several years ago, the horse is still on display “mounted but not stuffed”.

16a  Initially rare tracheotomy operation bears little fruit (6,6)
{CHERRY TOMATO} – an anagram (operation) of R(are) and TRACHEOTEMY produces a small fruit. Knowledge is being aware that this is a fruit; wisdom is knowing not to put it in a fruit salad.

21a  Fresh tint about East River by early dawn (4-4)
{DEWY-EYED} – an adjective meaning fresh or innocent is made by putting a colouring (tint) around E(ast) and a Welsh river and then finishing with the first letter (early) of D(awn).

23a  Processed veg – as regularly pre-war? (5,3)
{SPLIT PEA} – this is a processed vegetable and the second word is divided (as indicated by the first word) among the odd letters (regularly) of pre-war.

24a  Currency problem when short of time (6)
{ROUBLE} – remove T(ime) from the start of a problem.

25a  Girl’s termly resolution (6)
{MYRTLE} – this girl’s name is an anagram (resolution) of TERMLY. The only woman that I know with this name is a moaning ghost who haunts the second-floor girls’ bathroom at Hogwarts School. 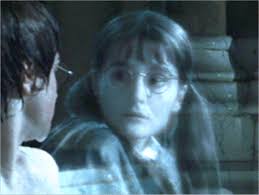 26a  Placed the accent on returning courses (8)
{DESSERTS} – I don’t like this clue. There’s no way of knowing which bit has to be reversed (returning) until you have a checking letter.

2d  Bow to topless female in secret… (6)
{ARCANE} – this is an adjective meaning secret or mysterious. It’s a synonym for bow followed by a girl’s name without the initial J (topless).

3d  …Fellers! Reportedly that’s the form (5)
{GUISE} – fellers is a non-standard spelling of fellows and what we want is a homophone (reportedly) of a synonym of fellows. The actual answer means external form or manner of presentation.

4d  Concentrate when dealing with decimals if unknown quantity (9)
{INTENSIFY} – the way in which you count in decimals (2,4) is followed by IF and the second unknown quantity in an algebraic expression to make a verb meaning to concentrate or strengthen.

5d  Gene mostly gets to play for the reserves (4,3)
{NEST EGG} – these reserves for a rainy day are an anagram (to play) of GEN(e) and GETS.

6d  German on consortium brought up sticky matter (5)
{GLOOP} – G(erman) precedes a group of people or consortium which is reversed (brought up, in a down clue) to make a thick viscous liquid.

7d  Bilbo got active, mysteriously independent backing (9)
{OBBLIGATO} – an anagram (mysteriously) of BILBO GOT A(ctive) generates a musical term which means (to quote The Mine) an extended solo, often accompanying the vocal part of an aria.

8d  Accident across square on base of statue creates deformity (8)
{MISSHAPE} – put a synonym for accident around (across) S(quare) and finish with the last letter (base, in a down clue) of (statu)E.

13d  Traveller about to blunder – turn away, he’s a dangerous man! (9)
{TERRORIST} – the sort of traveller who travels for pleasure contains a verb mean to blunder. Now remove the letter signifying a turn (turn away) to reveal a dangerous political or religious activist.

14d  Pieces by strolling players resurfacing, maybe? (9)
{ROADWORKS} – resurfacing, maybe is the definition by example. It’s also (4,5) a cryptic description of productions (pieces) put on by actors who walked from place to place in Tudor England.

15d  Multi-layered and specialised help with tyre (5-3)
{THREE-PLY} – a description of material having a given number of strands is an anagram (specialised) of HELP and TYRE.

18d  Radical wheeze a Lothario conceals (6)
{ZEALOT} – hidden (conceals) in the clue is a radical or fanatic.

20d  Kick around gym in hat (5)
{TOPEE} – a verb meaning to kick (using the end of the foot rather than the instep) goes around the usual abbreviation for gym to make a word, from Hindi, meaning a type of sun hat worn in India.

22d  Who among the French avoids calm study? (5)
{ETUDE} – start with a noun meaning a state of calmness and remove (avoids) from the start the French word for who. What you should be left with is a short musical composition designed as an exercise in technique (study).