If you enjoy charades, you’ll love this puzzle. At least 17 of the 28 clues involve this type of clue. I must say that it was far more enjoyable to solve than it was to create hints for. After all, there are only so many ways to describe a charade.

1a Stern head of state deceived in speech (6)
{STRICT} – We start with a charade in which a word meaning severe is composed from the first (head) letter of State followed by a word fragment that sounds like (in speech) a synonym for cheated.

9a Characteristic of a man to slip very quietly into a horse auction (5,5)
{ADAM’S APPLE} – Does this clue bring a lump to your throat? The musical notation for a very quiet passage (PP, pianissimo) is inserted into a charade of A plus a female horse plus a commercial transaction to arrive at this physical characteristic that Is more prominent in men than in women.

10a Brass cutter is a handy utensil (5,5)
{BREAD KNIFE} – You might use this sharp kitchen implement when making a sandwich. Brass refers not to penny (as was my first guess) but to another slang term for money.

11a Horse managed to eat nothing (4)
{ROAN} – Insert O in a word meaning directed to get a horse having a coat thickly flecked with grey or white hairs. 12a Level match before ref started (4)
{TIER} – A synonym for draw even (as when one side scores the equaliser in a game) followed by the first letter of Ref becomes a row of seats in a stadium.

14a Western drops lead character for a chance (10)
{ACCIDENTAL} – Drop the first letter from an adjective referring primarily to countries of Europe and America and replace it with an A to get another adjective meaning ‘not planned’.

17a Back up leader of squad in former beat (7)
{PULSATE} – A word meaning throb is produced by reversing (back) UP and following it by a synonym for deceased into which the first letter (leader) of Squad has been inserted.

18a Thirsts for a change of apparel (1-6)
{T-SHIRTS} – An anagram (for a change) of THIRSTS gives us a type of short-sleeved, collarless garment often emblazoned with slogans.

20a Prison cooking? (4-6)
{STIR-FRYING} – To cook in hot oil or fat while serving time might cryptically be described as this.

21a Miss reverse gear, and fail to finish (4)
{GIRL} – Reverse some oil-drilling equipment and follow it by the final letter of faiL to find this lass.

22a Headed back to independent shop (4)
{DELI} – A short name for a shop selling prepared foods, especially cheeses, cooked meats and unusual or imported foods is created by reversing (back) a word meaning directed to which an abbreviation for independent is appended.

23a Cross the Royal Mail must bear (6,4)
{POSTAL VOTE} – A cryptic definition for a type of election that in North America would be conducted by mail-in ballot.

25a Entertainer’s need once I’m settled (10)
{COMEDIENNE} – An anagram (settled) of NEED ONCE I’M produces a female who tickles our funnybone.

26a Bold design begins with a call (6)
{DARING} – Follow the first letter (begins) of Design by A and another word for call to get an adjective meaning brave.

2d The sort of dressing required for trip North? Quite outrageous! (10)
{TOURNIQUET} – This medical dressing is a charade of a word meaning ‘an extended journey with stops at various places of interest along the route’ plus North plus an anagram (outrageous) of QUIET.

3d Article supporting island state (4)
{IOWA} – An acronym for England’s largest island plus a one letter indefinite article combine to give us the Hawkeye State.

4d One responsible for placing work burden on teacher (10)
{TASKMASTER} – Place a term meaning chore before (on in a down clue) another name for a teacher and we get ‘someone who sets and supervises the work of others, especially strictly or severely’.

5d Crew is accepting bill — they’re mad! (7)
{MANIACS} – Insert the abbreviation for account into IS and append the result to a verb meaning ‘to provide with workers’ to get a somewhat outdated term for lunatics or madmen.

6d Man perhaps lives life on the outside (4)
{ISLE} – A charade of IS (lives) and the outside letters of LifE produces a type of landmass, the site of the famous motorcycle race being but one example (perhaps). Another example was seen in 3d. 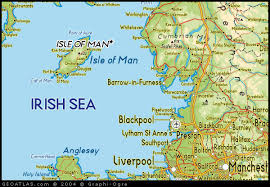 7d Raise origin of beliefs surrounding nurture (10)
{UPBRINGING} – Yet another charade. A word meaning raise (or at university) followed by the first letter (origin) of Beliefs which in turn is followed by a synonym for surrounding to give the “care, nourishment and encouragement given to a growing child, animal or plant”.

8d The heart of a military officer, say (6)
{KERNEL} – A word meaning core sounds like a military rank (a homophone clue that works on both sides of the Atlantic).

13d Soldiers tried hard, but were held back (10)
{RESTRAINED} – The soldiers are the nearly ubiquitous and abbreviated Royal Engineers. Follow them by a word meaning made great efforts or sustained injury through over-exertion to get a term meaning to be prevented from doing something.

15d Marked out edges — and it shifted (10)
{DESIGNATED} – An anagram (shifted) of EDGES AND IT produces a word meaning indicated.

16d Change allowance after late adjustment (10)
{ALTERATION} – A synonym for modification is formed from an anagram (adjustment) of LATE followed by a term meaning ‘a fixed allowance of food or other goods during a time of shortage’.

19d One’s ecstatic after daughter’s protest (7)
{DISSENT} – A charade of Daughter plus IS (one’s) plus a term meaning ‘thrilled or roused into a state of ecstasy’ produces a word meaning to differ in opinion.

20d Lure tailless mandarin into view (6)
{SEDUCE} – Remove the last letter (cut the tail off) this bird and place the result in a word meaning to look at or observe to get a word meaning to lure, usually in the sense of enticing someone into having sexual intercourse. 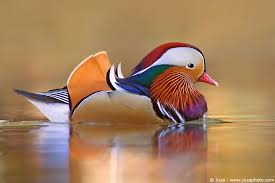 23d One accommodated in flat gets compensated (4)
{PAID} – Put I (one) in a term for accommodation that I always associate with hippies from the 1960s to get a word meaning settled (as a bill).

My favourite clue was 23a – perhaps not surprising, since I’m partial to cryptic definitions. I also rather liked 20a and 20d.

{Please don’t blame Falcon for the “embellishments” – they’re down to me.  BD]