We have a typical Giovanni puzzle today with a mixture of clues of varying difficulty, including a number of easy ones to help you get started. The grid does contain a number of double unches which may bother some people, but I can’t see that they cause any great problems. Let us know, in a comment, what you thought of it.
To reveal an answer drag your cursor through the space between the curly brackets on the line under the clue.

1a  Dietary supplement that could make you go masculine (11)
{GLUCOSAMINE} – this dietary supplement is, apparently, an amino sugar used to alleviate arthritic pain and slow the progression of osteoarthritis. It’s an anagram (could make you) of GO MASCULINE. I have researched its side effects and can find no evidence that its use can lead to increased testosterone levels

8a  A millionaire is so courageous (4-7)
{LION-HEARTED} – an epithet meaning very courageous is how you might, cryptically, describe A MILLIONAIRE (concentrating on the middle four letters).

11a  Understood Socialist’s pronouncement (4)
{READ} – a verb meaning understood or interpreted correctly sounds like (pronouncement) how a Socialist may be described.

13a  Doctor you repeatedly start to dread, not betraying emotions (3-4)
{DRY-EYED} – this is a charade of an abbreviation for doctor, an old word for you which occurs twice (repeatedly) and the first letter (start) of D(read).

15a  Person unable to maintain momentum? One may get it in the neck (7)
{STOPPER} – double definition, the second cryptic. Someone who comes to a standstill and a plug placed in the neck of a bottle.

16a  Net for flower (5)
{SEINE} – another double definition. A large vertical fishing-net and something that flows in France.

17a  Copper joining force with force supplying part of his equipment (4)
{CUFF} – part of the equipment that a copper carries on his or her belt is constructed from the chemical symbol for copper followed by F(orce) repeated. 18a  Animal losing tail isn’t sweet (4)
{BRUT} – remove the final E (losing tail) from a synonym for animal to leave the description of a dry sparkling wine.

21a  Tower encountered across various parts of Iran (7)
{MINARET} – this is an excellent all-in-one clue. The tower of a mosque (from which the call to prayer is broadcast five times a day) is a synonym for encountered around (across) an anagram (various parts) of IRAN.

27a  Is Scot at back of beer parlour turning crude? (11)
{RABELAISIAN} – the definition is crude, in the manner of a sixteenth century French satirist noted for his earthy humour and humanist values. Place IS and a male Scottish forename after a reversal (turning) of a place where beer may be bought and drunk (beer parlour).

2d  Cloth, not soft, put on the table (4)
{LAID} – a tartan woollen cloth loses its initial P (not soft, i.e. without the letter standing for piano or softly in musical notation).

3d  Sweets lose vitality in containers (7)
{CANDIES} – what sweets are called in North America is a verb meaning to perish (lose vitality) inside metal containers.

4d  Maybe something in the garden the woman had got rid of (4)
{SHED} – triple definition.

5d  Sheep knocked over barrier somewhere in Kent (7)
{MARGATE} – this seaside town in Kent is a male sheep reversed (knocked over) followed by a barrier.

6d  Boy heading west in 28 (4)
{NOEL} – you first have to solve 28a, then, inside the answer, find a boy’s name reversed (heading west in an across clue). The reversal is significant because the same letters make a different boy’s name if read in an easterly direction.

7d  Spot decrepit man wandering about (11)
{PREDICAMENT} – the definition is spot (of difficulty or bother). It’s an anagram (wandering about) of DECREPIT MAN.

9d  One traipsed around in misery (11)
{DESPERATION} – an anagram (around) of ONE TRAIPSED.

14d  Money taken from bank account when old socialite gets with it (5)
{DEBIT} – start with an old abbreviated word for a young girl “coming out” into society (socialite) (socialite) and add IT.

15d  Tin revealed in the grass (5)
{SNOUT} – a slang term for a police informer (grass) is made from the chemical symbol for tin followed by an adverb meaning in the open or no longer concealed (revealed).

20d  Gift that is placed at end of drive (7)
{PRESSIE} – to get this informal word for a gift or present put the standard abbreviation for that is after (at end of) a verb meaning to push with force (drive).

24d  Garment is hairy, is missing odd bits (4)
{SARI} – omit (missing) the odd letters of IS HAIRY IS to leave a garment. 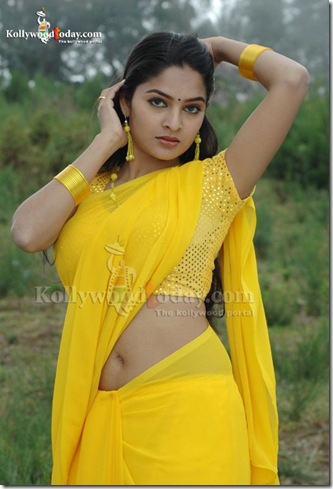