I thought that this was a really entertaining Giovanni puzzle with a number of excellent clues, although, as is usual with Giovanni, there are also quite a few easy ones to get you started. Unusually there appear to be no religious references at all. Your views, in a comment, are most welcome.
To see an answer highlight the space between the brackets under the relevant clue.

1a  Despot in a terrible land the other side of the world (9)
{ANTIPODES} – an anagram (terrible) of DESPOT IN A leads to a term that we use in the UK for countries which are on the opposite side of the planet to us.

6a  Some mess often swirling around in ditch (5)
{FOSSE} – hidden (some) and reversed (swirling around) in the clue is an archaeological word for a ditch. 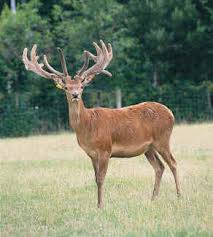 11a  Hoodlum not having name for being a joker (7)
{GAGSTER} – start with a member of a group of criminals (hoodlum) and remove the N (not having name) to leave an informal word for a stand-up comedian.

12a  Get rid of old boy having had tea maybe around six (7)
{OBVIATE} – a verb meaning to get rid of is made by bringing together the abbreviation for old boy and partook of food (had tea maybe) and putting the Roman numeral for six between them.

13a  Pal sentenced due to skip part of sentence (9,6)
{DEPENDENT CLAUSE} – this is a grammatical term for a subsidiary or subordinate part of a sentence. It’s an anagram (to skip) of PAL SENTENCED DUE.

18a  Wants little lad to hug father (7)
{DESIRES} – an abbreviated boy’s name goes round (to hug) a father, specially that of a horse, to make wants.

20a  Map held by boy shows northern region (7)
{LAPLAND} – this region of northern Europe is a synonym for map inside (held by) another word for boy.

22a  Repair’s apt to be tricky without one? (5,4)
{SPARE PART} – a very clever all-in-one clue (i.e. the definition is the whole of the clue and the wordplay uses every word of the clue). It’s an anagram (to be tricky) of REPA(i)R’S APT without the I (one).

23a  Leads with tails down presumably (5,2)
{HEADS UP} – this is a cryptic definition of leads or warnings (often of imminent danger) which will be familiar if you watch American cop shows. Although the clue has leads (in the plural) the same term is used for a single lead or warning. Both Chambers and the ODE give it as hyphenated. [Thanks to Ian for a much better, and simpler, explanation] This is a phrasal verb meaning leads an organisation, and it’s also how a tossed coin may land.

25a  Herb no good for dog and its owner! (9)
{CORIANDER} – string together the favourite breed of dog in the royal household, AND plus the initials of the dog’s royal owner. Now delete the G (no good) to leave a herb of the parsley family. Brilliant! 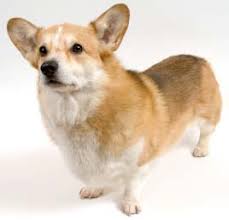 1d  Like marriage fixed by parents? There’s a right row with daughter! (8)
{ARRANGED} – a charade of A, R(ight), a synonym for row and D(aughter).

2d  The difference noticed when we aren’t selling enough (5,3)
{TRADE GAP} – cryptic definition of the difference in value between what we, as a country, buy and sell abroad.

3d  Academic getting with it makes financial gain (6)
{PROFIT} – the academic is the sort that occupies a chair. Add IT for a financial gain.

5d  Distributes the last bits, coming in to us randomly (5,3)
{SENDS OUT} – put the last bits (of material, possibly) inside (coming in) an anagram (randomly) of TO US.

6d  Female on estate, one opposing almost all celebration (8)
{FESTIVAL} – this celebration is a charade of F(emale), the abbreviation of estate, I (one), the letter used for opposing in a sporting encounter and nearly AL(L).

7d  Blemish in botanical part (6)
{STIGMA} – double definition, the second being the part of a pistil that receives the pollen during pollination.

8d  English conclusion to luncheon? Possibly apple dish (6)
{ENTRÉE} – this dish is a charade of E(nglish), the last letter (conclusion) of luncheoN and what apple is an example (possibly) of.

14d  One invader or another seen around the Hastings region (8)
{NORSEMAN} – this Scandinavian invader subjected England to numerous raids over a period of three centuries, finally being defeated at Stamford Bridge in 1066, the same year that another invader was more successful. Put the second invader around the geographical part of the country where Hastings is to be found.

15d  City of London still blissful (8)
{ECSTATIC} – string together the postal district of the City of London and an adjective meaning still or motionless.

16d  Woman thought to be like Queen Victoria when grouchy (8)
{UNAMUSED} – a charade (very appropriate) of a woman’s forename and a verb meaning thought deeply gives a description of a grouchy Queen Victoria (the archetypal grumpy old woman), who failed to see the funny side of things.

17d  Part of book to go totally over to the internet? (8)
{ENDPAPER} – double definition, the second (3,5) what technology was supposed to do some time ago but has largely failed to deliver.

18d  Flying saucer copper observed in East Anglian town (6)
{DISCUS} – the sort of flying saucer that you might see at an athletics event is formed by putting the chemical symbol for copper inside the name of a town of less than 7,000 people which would scarcely have been heard of outside Norfolk had it not been for crosswords.

21d  Fish I managed to get into kitchen vessel when chopped (6)
{PIRANA} – this is not the usual way of spelling this predatory fish. Put I and a synonym for managed inside a kitchen vessel that has had its final N chopped off.