Thursday has become Mystery Setter day, and this is yet another one. Relatively easy, with some nice touches.

1a    Winner given embrace by old writer (6,4)
{VICTOR HUGO} – a charade of a winner, an embrace and O(ld) gives the French author of Les Misérables and Notre-Dame de Paris (The Hunchback of Notre-Dame) 12a    Free bar (4)
{SAVE} – a double definition – to free someone who is trapped and bar, as a preposition, in the sense of all except

27a    Unable to see colleague crossing far side of wide cul-de-sac (5,5)
{BLIND ALLEY} – combine unable to see with a colleague placed around the end (far side) of widE to get a cul-de-sac

29a    Occasionally won hand with ten high (3,3,4)
{NOW AND THEN} – a phrase meaning occasionally is an anagram (high) of WON HAND and TEN

3d    Very angry, orphan that we upset (2,3,7)
{ON THE WARPATH} – a phrase meaning very angry or in a mood for battle is an anagram (upset) of ORPHAN THAT WE

7d    Raging bull with ear infection (7)
{RUBELLA} – an anagram (raging) of BULL and EAR an infectious disease producing a pink rash for which we hold the Germans responsible!

11d    Travel times? Directors get lost (2,2,3,5)
{GO BY THE BOARD} – a charade of to travel, times as in multiplication, and a formal group that administers a company leads to a phrase meaning to get lost or be discarded 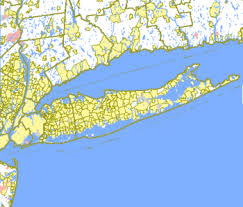 17d    Where Richmond is unspoilt, I assume initially (8)
{VIRGINIA} – where is Richmond? On the Thames? In Yorkshire? No. it’s the capital of this US state and it’s a charade of unspoilt, I and the first letter of (initially) Assume

25d    Song suggested by that man on the radio (4)
{HYMN} – this song, usually sung in church, sounds like (on the radio) that man

Perhaps today’s setter will come out of the closet!